A witness flying in a commercial jetliner near Taipei, Taiwan, watched and videotaped between eight and 10 unknown objects flying lower than the plane, according to testimony in Case 60750 from the Mutual UFO Network (MUFON) witness reporting database. 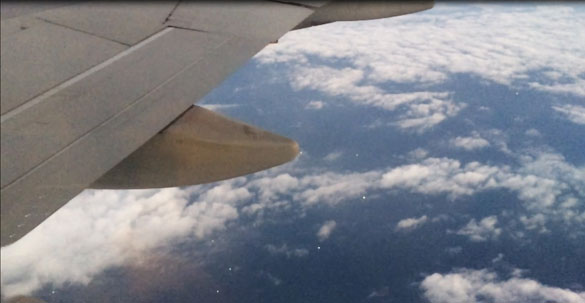 “I was on the airplane of Eva Airline from Vancouver, Canada, to Taipei, Taiwan, BR0009,” the witness stated. “It was October 16,2014, at 5a.m.., 30 minutes before landing. The first clip was only five seconds. I saw a bright light flying under. In the second picture I saw three UFOs in my camera. Thethird video I have is 38 seconds – about eight UFOs flying under the plane.” 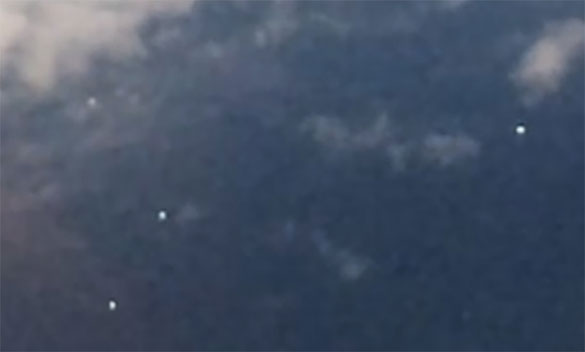 The second and longest of the video clips is shown on this page.

“I used slow motion iPhone 5s to film the video until they asked me to shut down my camera off due to landing policy. The location is at the northeast of Taiwan.” 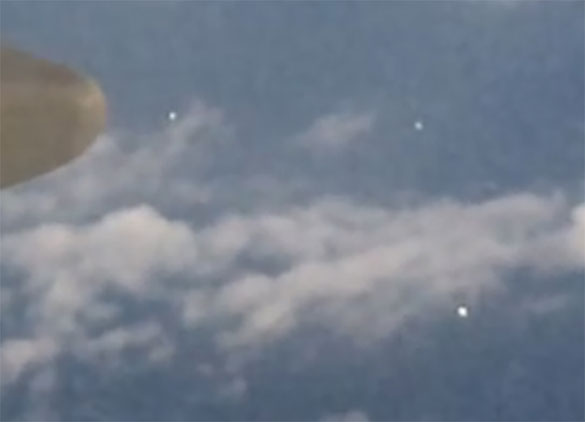 MUFON International Director of Investigations Chuck Reever closed this case as an Unknown. The case was reported to MUFON on October 23, 2014.