Another incredible discovery has been made as researchers have found a rock carving of a Mastodon at the underwater Stonehenge of Lake Michigan.

In 2007, at a depth of twelve meters, researchers found a peculiar set of aligned stones that are believed to be over 10,000 years old. 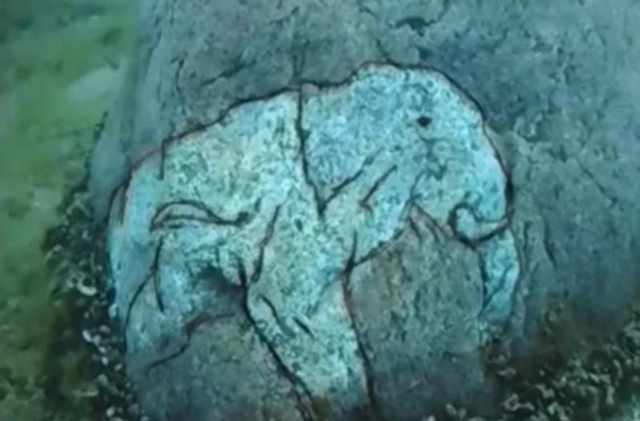 While searching for shipwrecks, archaeologists from the Northwestern Michigan College came across something interesting at the bottom of lake Michigan. They found mysteriously aligned rocks placed there by ancient man before the area was covered with water. When the discovery was made, researchers couldn’t believe what they were seeing. It’s America’s Stonehenge.

As if the mysterious rock formation wasn’t enough, after a diving expedition was put together to look at the stones, underwater photographer Chris Doyle found a mysterious stone with an incredible depiction: A Mastodon. This means that the carving must have been made way before the Mastodons were extinct.