On Saturday night, November 28, 2015, a weird green light could be seen in the sky over Cape Town, Africa.

Many people believe the strange light could be an Unidentified Flying Object while others say it is an interdimensional portal or wormhole. 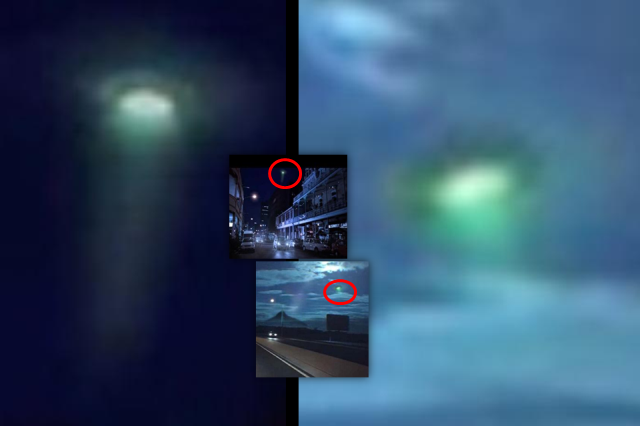 According to News24, the Twitteratti world was abuzz on Saturday night after witnesses of the green light posted photos of the phenomenon on Twitter.

Sindelo tweeted: “First it was those clouds and now green orbs are seen floating around Cape Town. The aliens have come with white supremacy! ‘UFOSA’

SABC3’s Expresso show presenter KatlegoMaboe tweeted: “UFO seen in Cape Town; green lights and all. Is this real? Who else saw it? ‘UFOSA’

And FoodBlogJHB tweeted: “Wait, what!? Did anyone see this weird thing in the sky? Or was it just me? ‘losingmymind UFOSA’ 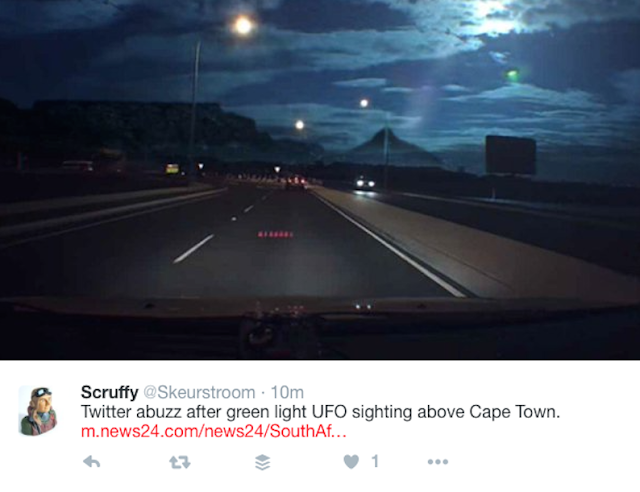 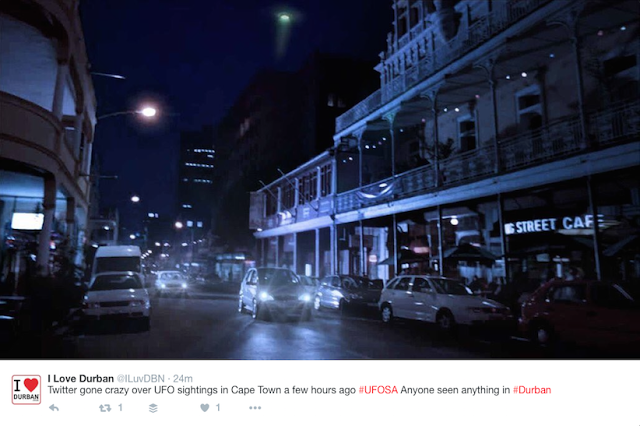