UFO hunter StreetCap1 has spotted an unusually huge shape near the Sun in an official NASA SOHO Lasco2 image released on December 28, 2015. 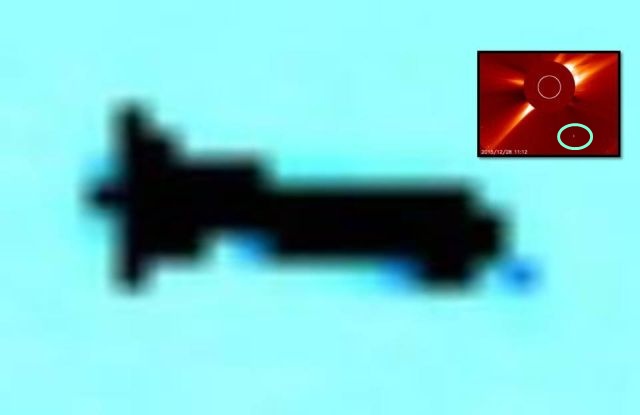 Many people believe that these Unidentified Objects are just ions, electrons which are released during a flare or CME of the Sun, others are convinced that these objects are massive alien spacecraft hovering around the Sun, like the object in StreetCap1’s video below.