The footage was filmed in Warren in Michigan last month and shows blue fire sparking behind the houses before the power lines burst into orange flames. 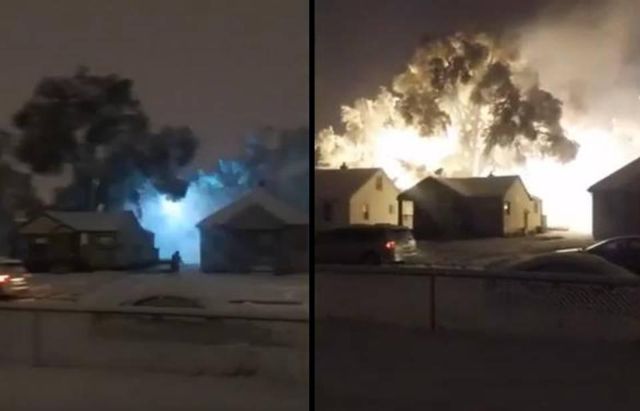 Then they snap and the transformer catches fire, triggering power cuts which left tens of thousands of people without electricity, the Weather Channel reported.