What could we say about the strange sounds? Unexplained sounds that were reported since 2011 and after four years these sounds are still there without an explanation.

Are angels blowing the trumpets of the apocalypse as a warning that something important is to come? Someone might be calling our attention?

Is the strange sound an alien language based on energy, frequency and form and if so, we are ready to begin the conversation? But how we will use it and with whom will be communicating?

The ancient Sumerians wrote: The language of frequency and form is given to us by ‘Skygod’ visitors, called Annunaki. 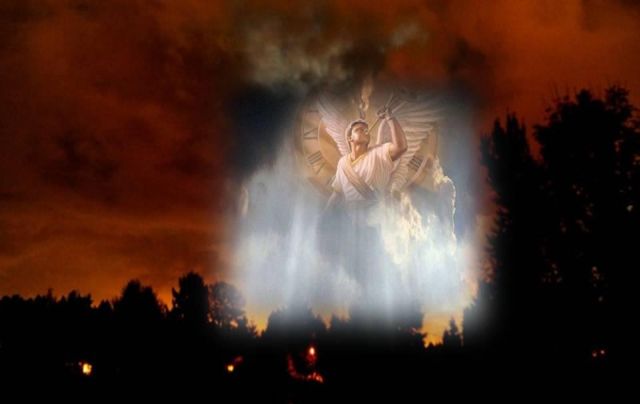 But what if the origin of the mysterious strange sounds are not coming from the sky but from the inner Earth.

Tibetan monks who mediating in a cave for a long time are saying that since 2011 they hear strange sounds coming from the inner earth which they explain as that spirits telepathically transmit these sounds to them that something major is going to happen soon.

But are spirits responsible for the sounds? Are they blowing the trumpets of the apocalypse?

At this point a lot of theories about these strange noises are being floated, even NASA, who explains that the strange sounds may be background noises from Earth as the planet emits ‘natural radio emissions’, cannot prove their theory.

So exactly what in the world is going on?

Linda Moulton Howe did an in-depth investigation on this phenomenon and discovered that the source of these sounds comes from the inner earth.

Indeed, something is going on in the inner core of the Earth and it has to do with the magnetic poles changing and involves minerals recycling in the mantle of the Earth.

The sounds are being generated in the mantle as large static discharges of energy, pushed up through the Earth’s crust, broadcasting as infrasound through the ionosphere and then bouncing back at a lower frequency that we can hear and feel as vibrations.

There has been a change in speed of mantle movement, which is affecting magnetic conductivity. This process could involve a weakening and strengthening of magnetic field anomalies similar to the last major pole shift.

Just look around you, in recent years, inclusive 2015, there have been strange and extreme weather and it is not yet over as scientists are predicting another year with more bizarre weather events.

Since the Earth is about a half million years overdue for a pole shift, all these strange sounds and extreme weather conditions could be a sign of an on-going process inside the earth which can lead to more instability in our ecosystems with disastrous consequences for humanity, maybe for thousands of years.