A 5000 year-old aqueduct system has been uncovered in Borujerd in Lorestan Province Iran during construction work.

The discovered aqueduct system which includes a smart water distribution system used to be part of a historic castle. 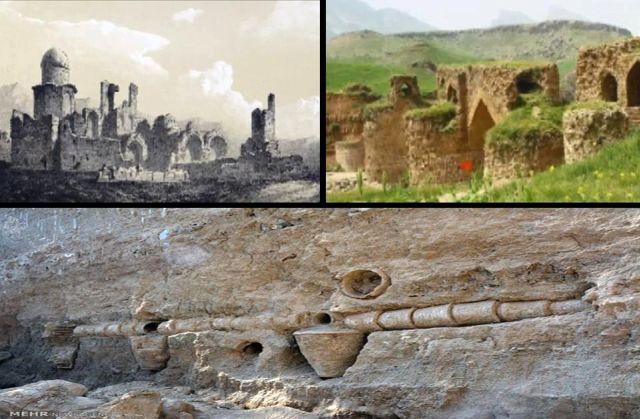 According to news site Iranfrontpage, in the past, Borujerd had two layers of protection: the first one which included as many as 57 towers surrounded the entire town; the other one which had been built inside this area was around 280 hectares in area and was designed to protect the government castle. The government’s castle which was like a big garden inside the town had a well-designed water system.

Pottery crocks and clay pipes – called Tanpusheh in Farsi – were used in this system to transfer water. Big pottery vessels were applied for distributing water and removing mud from water. This could help minimize the risk of blockage in the flow of water. What stands out about this old system is its optimal use of water resources.