More and more beams of light and two suns appear in the sky across the world.

The latest of the eerie phenomenon occurred in the area Hipolito Yrigoyen of Argentina, where residents of the town of Oran witnessed two suns and a beam of light, just before a heavy thunderstorm and extreme winds engulfed the area on December 30, 2015. 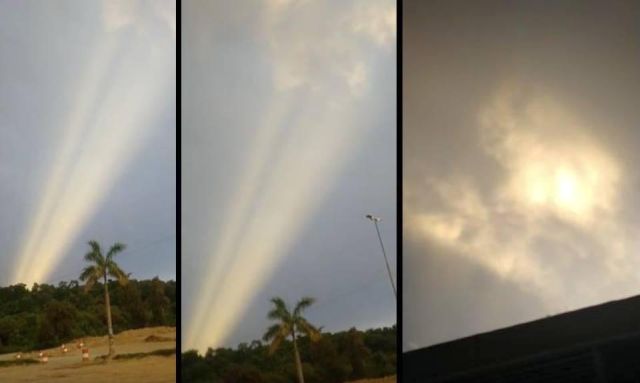 There is much speculation that the phenomenon has to do with the approach of Planet X or Nibiru in our solar system.

That a second sun is not just an optical illusion proves the photo below which was recently made in Canada and clearly shows a second sun too.

As the second sun or planet is visible behind the trees and it has its own reflection on the water we can rule out that it is a lens flare or camera glitch. 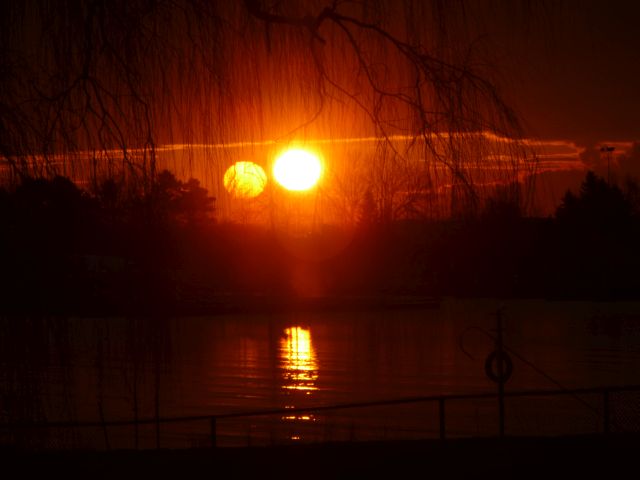 Video below: The phenomenon in the sky over Argentina caught the eyes of all those who raised their eyes to heaven.