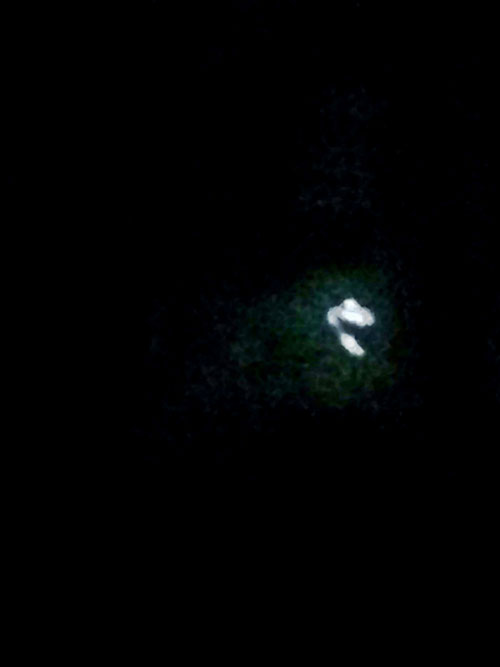 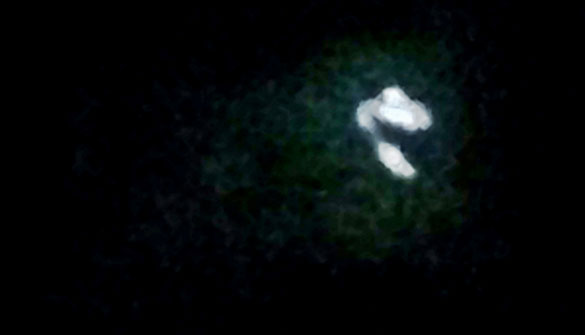 The witness was on his way to pickup a girlfriend from work about 6 p.m. on Tuesday, December 29, 2015, when the objects were first seen.

“As I approached her work I was stopped due to an Amtrak train passing by, but as I approached the crossing (one block away) I noticed an object moving very quickly with a rapidly flashing light that caught my attention.”

The witness first thought he was observing a drone.

“But as I got closer and came to a stop I could see that it was rather large – four feet or so – and much too fast and erratic in its flight to be any drone easily available for the public. Then as the train started to pass, another object, similar in flight characteristics but different in design appeared– but this one had appendages.” 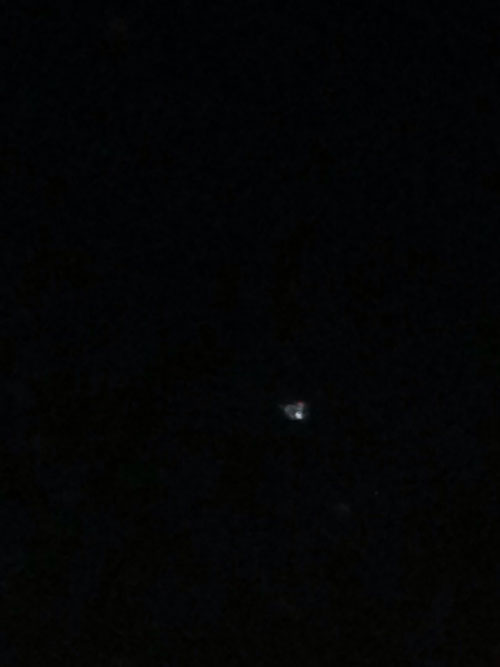 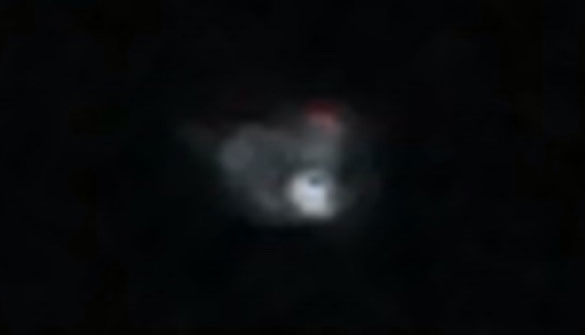 The two objects seemed to be aware of each other.

“They seemed to interact almost playfully hovering and almost touching while the train passed.”

The witness was able to take several photos at this time.

“As the train was gone a few minutes, they each shot off in different directions rather quickly and abruptly.”

The witness pulled into a parking lot about one block away to wait for his girlfriend.

“I noticed one of the objects hovering about 100+feet in the air near me with a solid light.”

The witness has had other recent experiences seeing UFOs including something seen from a home window. 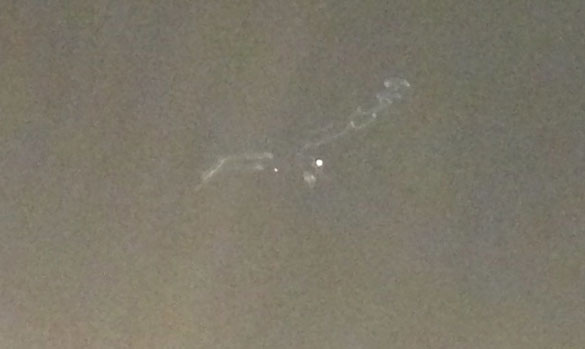 “I got up to use the bathroom and noticed a large, very bright apparition through my window, about 75feet in the air. It hovered for around five minutes and slowly moved out of sight in a linear path. I took photos of this as well.”

Alameda County, California, has a population of 1,510,271. Please remember that most UFO sightings can be explained as something natural or man-made. The above quotes were edited for clarity. Please report UFO activity to MUFON.com.