A Michigan witness at Ypsilanti reported a sphere-shaped UFO hovering just 30 feet over the roadway about 8:30 p.m. on New Year’s Eve that seemed to refract a rainbow of colors, according to testimony in Case 73533 from the Mutual UFO Network (MUFON) witness reporting database. 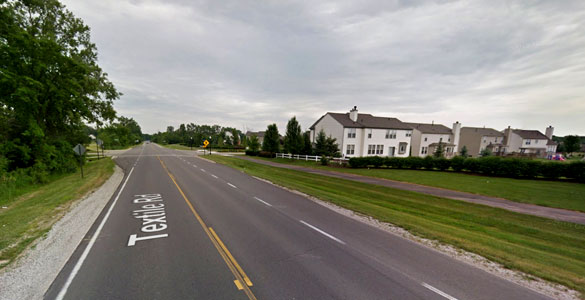 The witness first saw the hovering UFO along Textile Road in Ypsilanti, MI, near the intersection with Cherrywood Drive, pictured. (Credit: Google)

The witness was driving eastbound along Textile Road near Cherrywood Drive on December 31, 2015, with his wife and son as passengers when they noticed an object hovering over the road.

“The portion of the object that was visible was orange in color, however, in total it looked that it was much larger with the majority of the object shrouded in a mist,” the witness stated.“My wife felt that the object was higher in the sky and well above the trees, but I perceived it to be only feet above the road at treetop level or just below treetop level.”

The witness drove directly under the glowing area of the object.

“I looked at it carefully as I slowed the car. The glowing portion of the object was very obscured and displaying multiple colors. I think the best way to describe it would be as if you were looking through a lens shrouded in a mist which refracted the light into a rainbow of colors.” 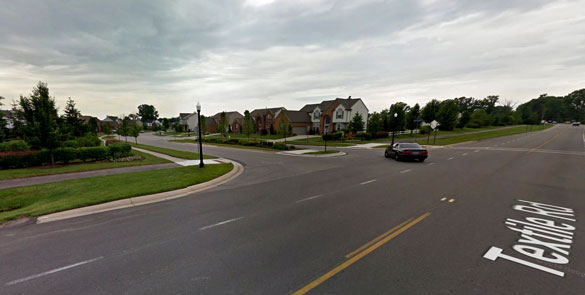 The intersection of Textile Road and Cherrywood Drive in Ypsilanti, MI. (Credit: Google)

The witness also noticed an object attached to the main object.

“My observation was that I perceived an appendage or mast that protruded from this area of the object and I believe it was generating the mist that shrouded the rest of the object. There looked to be a lot going on with changing shapes, patterns and colors. Again I believe the object was only 20 to 30 feet above us at this time.”

The witness stopped his vehicle along Cherrywood Drive and he and his son got out for a better look – but noticed the object was gone.

“My wife at this time expressed concern that a man on the sidewalk was staring at us, so we got back in the car, turned it around, turned right back onto Textile Road and continued eastbound along Textile Road.”

The group caught up with the UFO again. 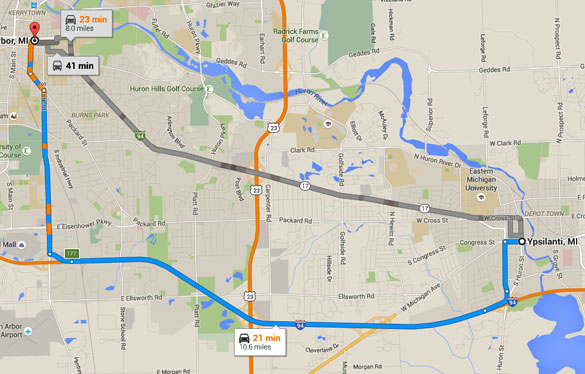 “As we were turning back onto Textile we acquired the object again, only this time it was east of us traveling north crossing over Textile Road. Watching the object as we drove along the highway it changed direction and began traveling in a northeasterly direction. It was traveling slowly and was darting from side-to-side as it moved in a northeasterly direction. Judging size and distance was difficult as my wife believes it was much higher in the sky whereas I’m certain it could not have been much higher than 30 feet above us. Very weird and very strange.”

Ypsilanti is a city in Washtenaw County, MI, population 19,435. Please remember that most UFO sightings can be explained as something natural or man-made. The above quotes were edited for clarity. Please report UFO activity to MUFON.com.