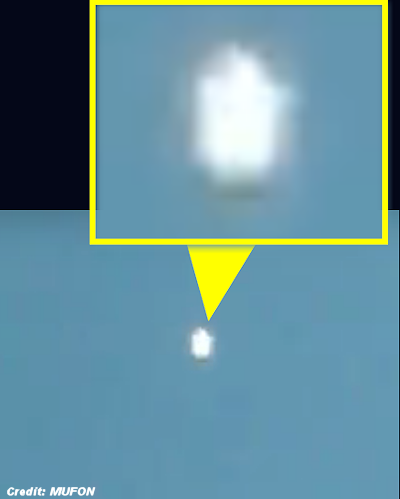 A witness flying between Florida and Puerto Rico reported watching and videotaping a cylinder-shaped UFO that appeared to be hovering at an altitude below the jet’s 37,000 feet, according to testimony in Case 56602 from the Mutual UFO Network (MUFON) witness reporting database.

The incident occurred about 11:15 a.m. on March 12, 2014, and was reported to MUFON on May 25, 2014. The case was investigated by Ohio MUFON State Director Thomas Wertman and closed as an Unknown.

The witness said the skies were clear flying to Puerto Rico on Jet Blue Flight #1938 which departed from Orlando, FL, at 10:15 a.m. and was expected to land at 12:59 p.m. The object was seen approximately 45 minutes prior to landing “north of Mona Passage.”

“My daughters and I noticed and observed this UFO. We were not the only ones observing this anomaly. I heard others commenting about it. But this object was hovering or stationary which was very unusual.” […]