A Tennessee witness at Columbia reported watching a slow moving, triangle-shaped UFO with bright white and red lights, according to testimony in Case 73483 from the Mutual UFO Network (MUFON) witness reporting database. 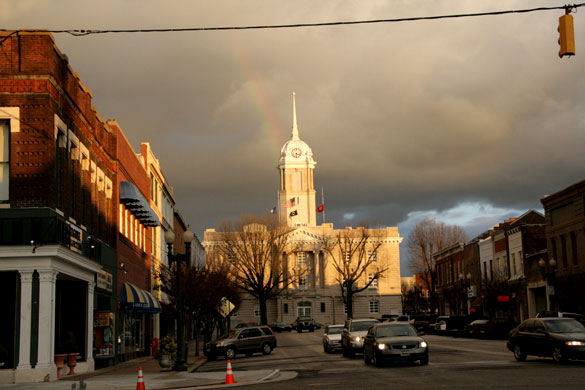 The witness was walking to his mini van parked on his driveway to pick up his girlfriend from workwhen he saw three “incredibly bright lights” moving toward him.

“The lights were moving parallel to Highway 31 from the north towards the south,” the witness stated.“The object was moving so slow and the lights were so bright it made me stop instantly in my tracks.”

The witness could not see the body of the craft, but could tell it was large and quickly became curious how it was moving so slow without falling.

“The three bright lights/object were heading behind the roof tops of the homes to my left so I went and got into the van, pointing north, waiting for it to reappear on my side of roof tops. Well, that took a tiny bit longer than expected. It either slowed down more or stopped for a brief second, but finally crossed over the roof tops back into view. Once the object was in my sight again I could start to see the bottom of the object and it started making a banked turn.” 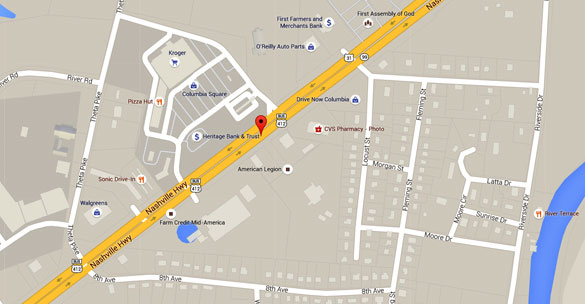 The witness said that looking at the bottom of the craft was a complete surprise.

“It was totally lit up with multiple large, bright lights, and I could see a perfect triangular outline of the object.”

The object was moving west, slightly southwest, at the same slow pace as it was originally while the witness got a good look at it.

“Looking at it from behind it had a rectangular shape. To guess, I would go with around 15-20 feet thick. There were two lit up areas in red that were rectangular in shape to the right and left of the center rear end of object.”

The craft continued moving to the west towards his girlfriend’s work area.

“I jumped in the van and followed it towards her job until it went out of sight beyond the skyline. Someone else had to see this thing fly over our town.” 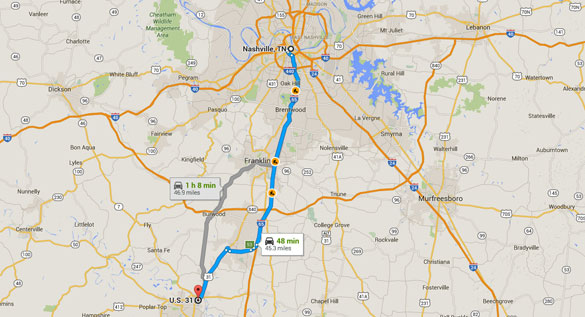 The witness believes the slow moving object had to have been seen by more witnesses. Columbia is about 45 miles southwest of Nashville. (Credit: Google)

Tennessee MUFON is investigating. Columbia is a city in and the county seat of Maury County, TN, population 35,558. Please remember that most UFO sightings can be explained as something natural or man-made. The above quotes were edited for clarity. Please report UFO activity to MUFON.com.