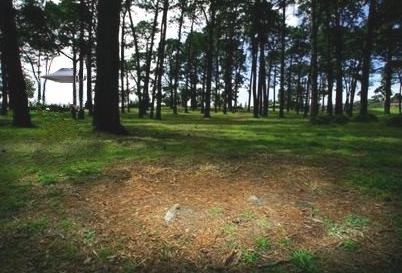 Children as young as seven were confronted by men in sharp black suits and warned against talking, as emergency services and military swarmed the area.

It’s the mystery that has left an Australian suburb divided with witnesses wanting answers.

This year will mark the 50th anniversary of the Westall Incident and those involved are no closer to finding out what occurred on that fateful autumn morning.

Students and teachers from Westall High School and Westall State School, and members of the public claim to have watched as three metallic objects with no obvious markings manoeuvred silently through the sky.

The objects landed in a paddock adjacent to the schools before quickly flying away, leaving large circles of flattened grass with well-defined, discoloured edges behind.

In the hours following the incident, emergency services, the military and the media were in attendance trying to make sense of the baffling encounter.

Several witnesses claim sharply-dressed men in dark suits warned them from speaking about the incident.

The warnings failed to have an effect with a number of witnesses sharing their accounts.