Mars Express, the first planetary mission of the European Space Agency, was sent to the Red Planet in 2003. It sent a lander down to the surface, and although it failed to fully deploy, the orbiter has been taking amazing pictures.

One picture shows what seems to be a huge monolith on the bottom of a crater. This single upright block of stone could be an ancient monument or building. 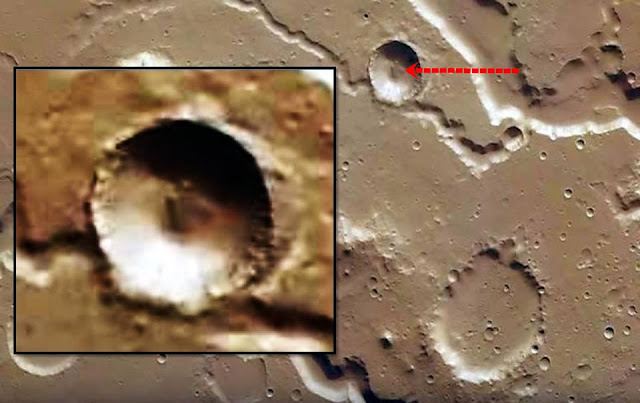 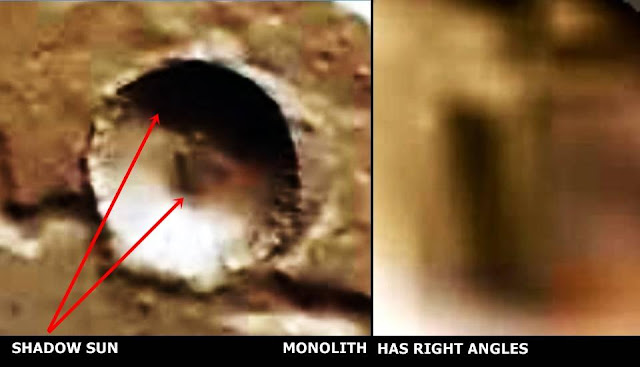 Where did it come from and who put it there?

The Mars Express images, now released for general use, show besides the monolith, the dramatic landscapes of Mars, sculpted by ancient volcanoes, water flows, and the scouring action of dust storms in cinematic images in the following video.

Image of the monolith at about the 2.34 mark.