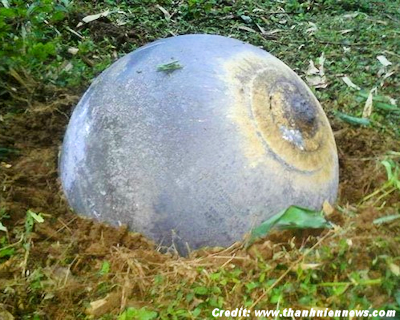 Two “bizarre objects” that apparently fell from space were found in two locations in northern Vietnam on Saturday morning.

At about 6 a.m., an orb fell out of the sky on to remote land in Tuyen Quang Province.

“The sky was clear, suddenly we heard a thunder-like noise,” a witness told Thanh Nien. Locals people later found the orb near a stream.