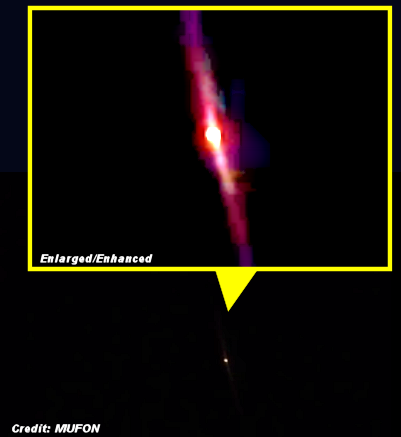 A Moncton man is convinced what he saw off the north shore of P.E.I. was a UFO, and believes he has the video to prove it.

John Sheppard was camping at Twin Shores campground, near Kensington, with his wife in June 2014.

He was about to join his wife, who was already asleep in the tent, at around 11:30 p.m. when out of the corner of his eye he saw a light out over the water.

After watching the diamond-shaped light dancing about 75 meters above the water, around a kilometre off shore, for several minutes, Sheppard grabbed his cell phone and started filming. He narrates as he watches what he calls a light show.

“It’s flashing bright, on and off a little bit. It reminds me of a dreidel or spin top,” said Sheppard. […]