Skywatcher Myownprivatesky captured with his Orion telescope a strange structure what seems to hover above the Moon’s surface.

Is there any chance that the structure could be shadows and lighting having an effect here or is it a UFO? 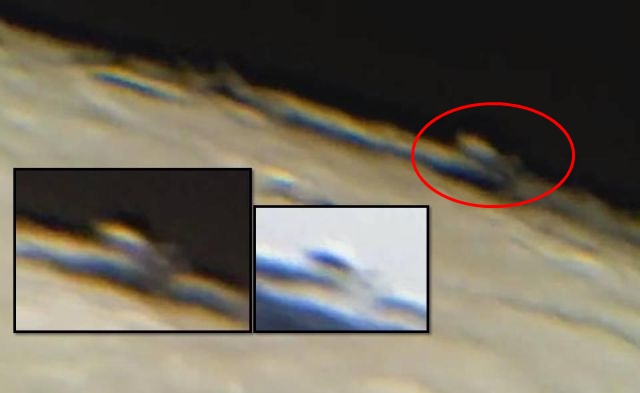