Elephantine is an island in the Nile River in southern Egypt.

The island may have received its name after its shape, which in aerial views is similar to that of an elephant tusk, or from the rounded rocks along the banks resembling elephants.

According to Egyptian mythology, here was the dwelling place of Khnum, the ram-headed god of the cataracts, who guarded and controlled the waters of the Nile from caves beneath the island. 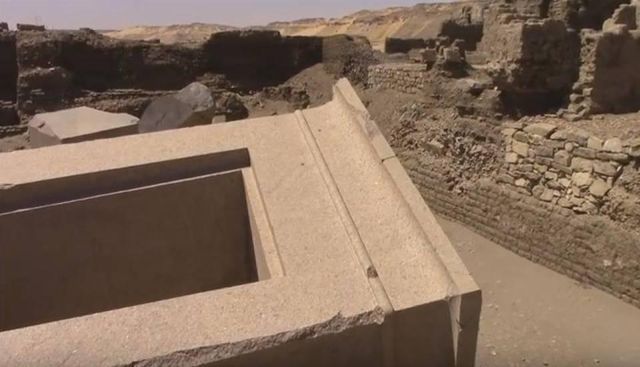 But on this island there is a stone box made out of solid granite.

The dynastic Egyptians with their bronze tools could not have shaped it and thus it appears to be a remnant of a much older high tech culture.