Witness report: I went to Liberty Island on October 25th 2015. I was on the base of the Statue of Liberty taking pictures of New York. The skies were clear and it was cold. I used two different cameras to take pictures.

When reviewing the pictures back at the hotel I observed a large cassette like object hovering over the bay and city. 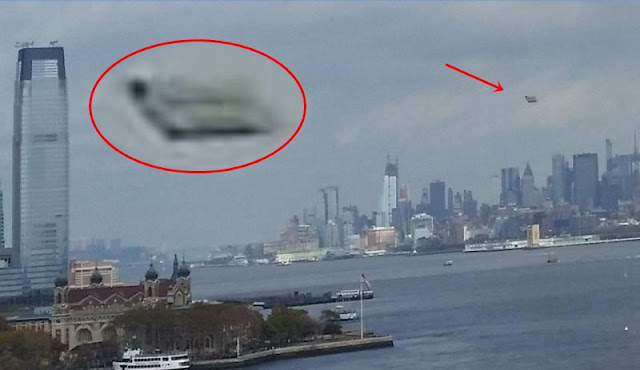 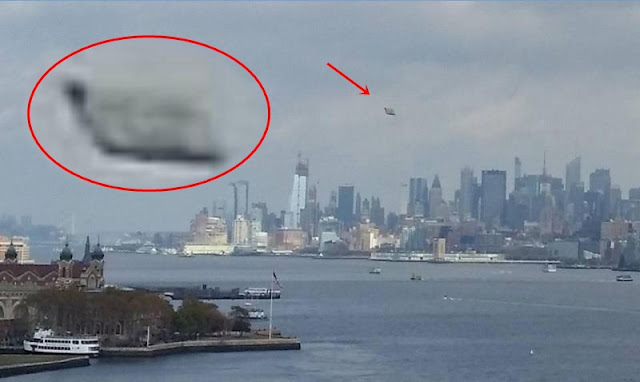 Every other picture I noticed the object getting further and further from me.

At the moment of taking the pictures nothing was observed. There was no parachutes no airplanes or no other activities other then the police patrolling the bay. Mufon case 73850.