Witness Statement: On July 2, 2015, I shot a video of a UFO. I was on number 10 mountain. That would be in Goren, Oklahoma. I was on cliff edge facing south overlooking Hartshorne, Oklahoma and I noticed this object just sitting still and it started turning these lights on and off. 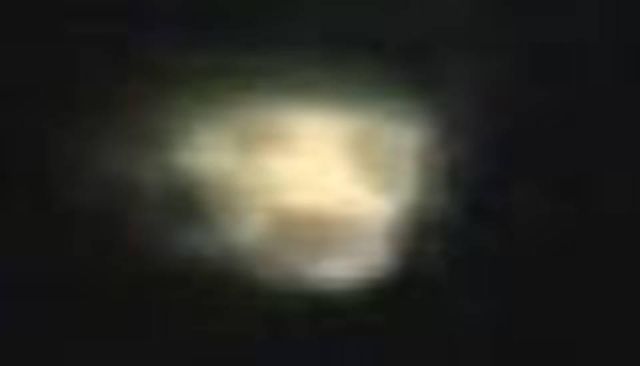 It was perfectly quiet and if it would have not turned lights on, I would have never known it was there. It had these different color lights underneath it. It was red, green, blue and yellow. The lights were going in a circle with a different spotlight in the center.

Then it turned on more lights and it stayed like this for several hours. It was just doing a light show. Then almost daylight it took off in a blink of an eye. It left out of there so fast that it left like a comet tail. It was traveling like the speed of light.