At the moment Curiosity Mars Rover research a series of sand dunes, named the Bagnold dunes on Mars.

The Mars Rover has sent back amazing images of the dunes. Also there are some images showing some strange unnatural looking sand sculptures. 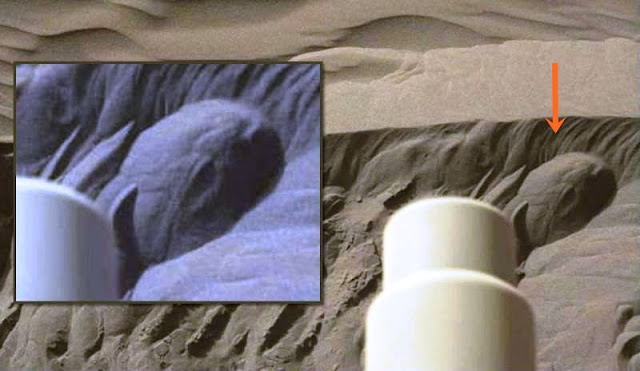 The Mars Rover has used its scoop system, which sits at the end of its 7-foot (2.1-meter) robotic arm, to scoop into the Martian soil, creating these strange sculptures?

After watching the video: ‘Curiosity’s Robotic Scoop Arm In Action’ it seems unlikely that the heads are created by the Rover’s scoop system.

Are these heads just rare wind-made sand sculptures or each head might be part of a larger (real alien?) body or statue hidden under the Martian soil? 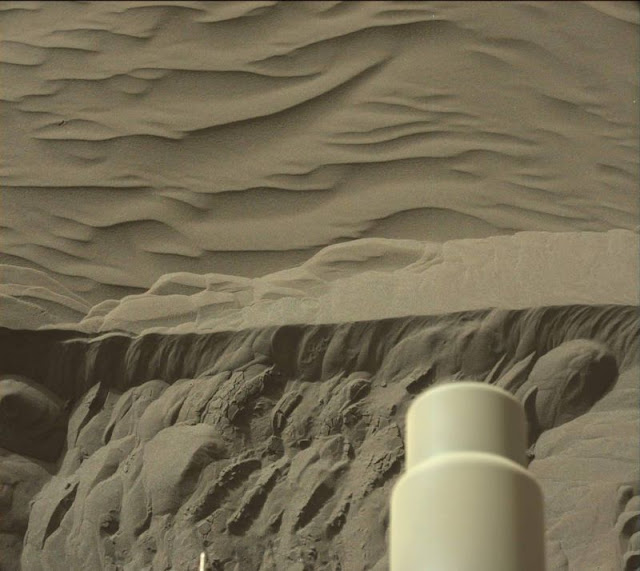 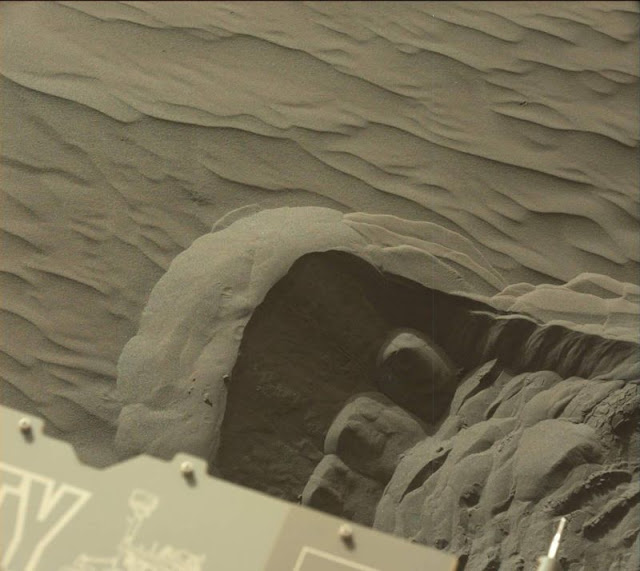 I recommend to watch the short below video ‘Curiosity’s Robotic Scoop Arm In Action’ and decide for yourself whether the heads are created by the Rover’s Scoop system, the heads are just natural sand sculptures due to the wind’s influence or… the Rover has found something that points to the possibility that Mars was once inhabited by extraterrestrial races.
Link MastCam Images: SOL 1221