It is said that the Bible uses morning solar terms to refer to divine beings such as angels and God Himself. Are these symbols in the sky signs for upcoming events? 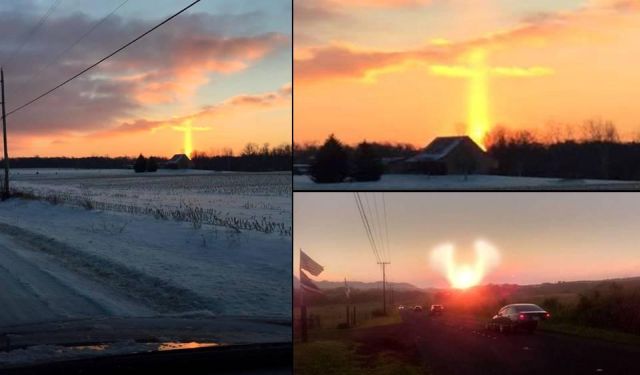 In the early morning hours of January 13, 2016, Mechaele Loraffe, on her way to work, witnessed a rare sky phenomenon.

It appears to show a beam of light that forms an enormous cross in the sky.

Mechaele Loraffe who shared the image with a meteorologist at a local TV station said “I am overwhelmed; I have never seen a light pillar like this cross before.” 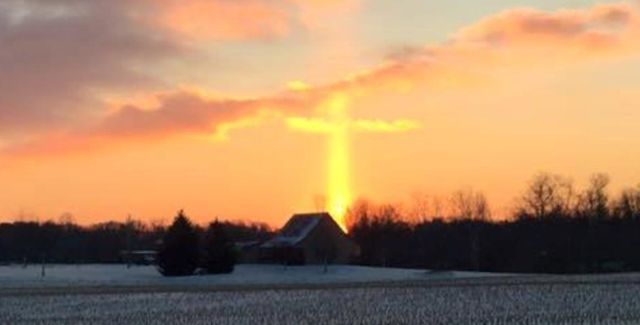 On the same day, January 13, 2016 another photographer, Amy Langley from the town of Koloa on the island of Kauai, Hawaii took a photo of the sunrise.

But instead of a beautiful sunrise, Amy took a photo of a strange apparition in the sky what looks like an angel, a guardian angel. 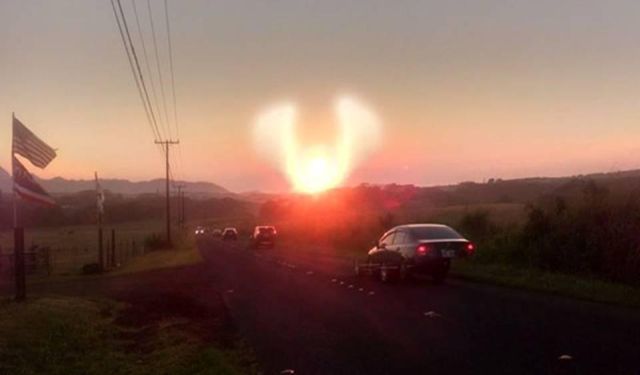