Oldest evidence of writing found in Europe.The Mystery of the Danube Script – The Old Europe – Danube Valley Script Oldest Writing in the World 5300 BC. 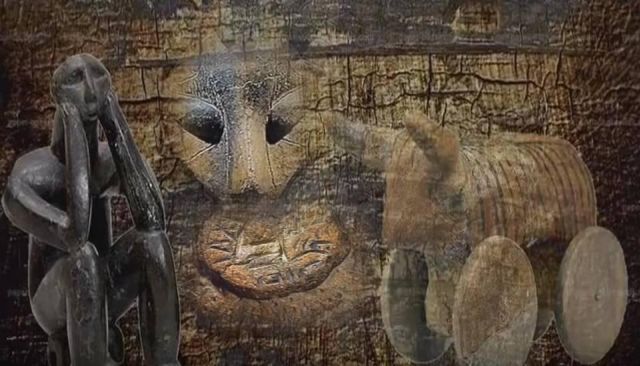 Older than Sumerian script? The Danube Valley civilization is one of the oldest civilizations known in Europe. It existed from between 5,500 and 3,500 BC in the Balkans and covered a vast area, in what is now Northern Greece to Slovakia (South to North), and Croatia to Romania (West to East).

During the height of the Danube Valley civilization, it played an important role in south-eastern Europe through the development of copper tools, a writing system, advanced architecture, including two story houses, and the construction of furniture, such as chairs and tables, all of which occurred while most of Europe was in the middle of the Stone Age.

They developed skills such as spinning, weaving, leather processing, clothes manufacturing, and manipulated wood, clay and stone and they invented the wheel. They had an economic, religious and social structure.

In the video below, Harald Haarmann the world leading specialist of ancient scripts and languages explains the Danube Civilization Script.