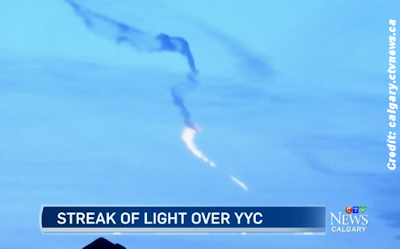 The Royal Astronomical Society of Canada is looking into a streak of burning light that was seen in the skies above the city on Tuesday afternoon.

Was it a UFO or maybe a rocket or a meteor?

That’s the question a number of Calgarians are asking after a fast-moving ball of fire appeared over the west side of the city just after 5:00 p.m.

Several viewers sent in images and many more have been making the rounds on social media with everyone asking, what was that? […]