A Texas witness at Arlington reported watching and videotaping unidentified lights in a triangle formation that moved over his home, according to testimony in Case 54341. 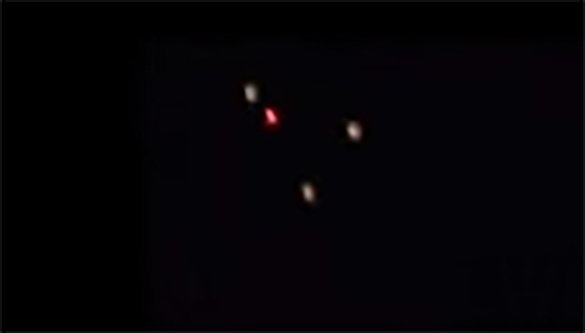 The witness reported multiple events and supplied video of an event that occurred at 10:22 p.m. on September 10, 2012. Texas MUFON Chief Investigator Gary Neitzel investigated and closed this case as an Unknown.

“The witness made the video on September 10, 2012,athis residence in Arlington, Texas,” Neitzel stated in his report. “The attached video clip is approximately one minute. The video shows a triangular-shaped object with white lights at the corners and a red light in the middle.The witness estimated the object to be approximately 5,000 feet high. During the video the witness said at one point the object accelerated very fast and he lost sight of it in his camera, as shown on the video clip. The voices you hear on the video clip are of the witness and his wife, who also saw the object.” 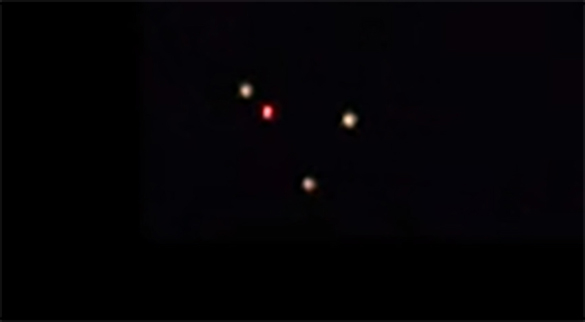 The witness said that the object accelerated very fast and moved quickly away. Pictured: Cropped and enlarged still frame from the witness video. (Credit: MUFON)

The investigator could not identify the object.

“The triangular object is of some unknown aircraft. It has three white lights at the corner and a red light in the middle.”