A remarkable sighting of a UFO was captured above Melbourne, Australia on January 13, 2016.

UFOLou who recorded the UFO with a p8079hp night vision device said he didn’t notice the UFO until he checked the recording. 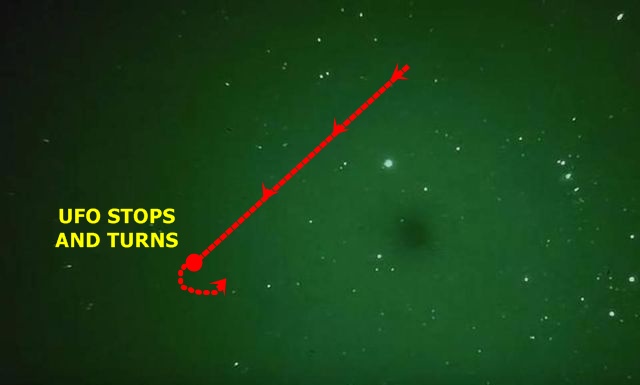 He has no plausible explanation for the footage other than it is absolutely not a satellite as it changes its direction, which indicates that the UFO, whether it is an alien craft or a secret man-made craft, must be under intelligent control.