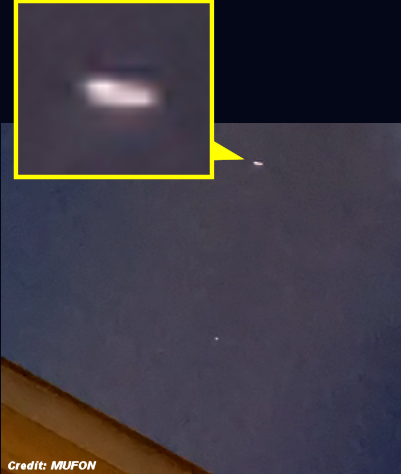 A Netherlands witness at Groningen reported watching and videotaping a bright light crossing the sky while displaying odd behavior for known objects, according to testimony in Case 73825.

The witness was outside walking to his vehicle with a girlfriend when they first saw a bright moving light in the sky.

“It wasn’t an airplane and it sure wasn’t a satellite,” the witness stated.

The object was moving in an odd way.

“This object was changing speed constantly from fast to slow to fast, etc. And it wasn’t moving in a straight line. Luckily we caught it on camera!” […]

UFO, Videotaped By a Netherlands Resident

UFO Caught On Video Near Waddenzee in the Netherlands | VIDEO