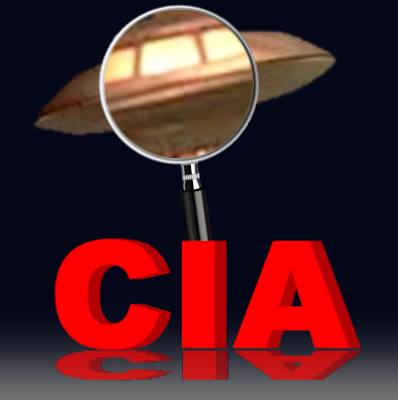 1. Establish a Group To Investigate and Evaluate Sightings

Before December 1947, there was no specific organization tasked with the responsibility for investigating and evaluating UFO sightings. There were no standards on how to evaluate reports coming in, nor were there any measurable data points or results from controlled experiment for comparison against reported sightings.

To end the confusion, head of the Air Force Technical Service Command, General Nathan Twining, established Project SIGN (initially named Project SAUCER) in 1948 to collect, collate, evaluate, and distribute within the government all information relating to such sightings, on the premise that UFOs might be real (although not necessarily extraterrestrial) and of national security concern. Project SIGN eventually gave way to Project GRUDGE, which finally turned into Project BLUE BOOK in 1952.

2. Determine the Objectives of Your Investigation

The CIA’s concern over UFOs was substantial until the early 1950s because of the potential threat to national security from these unidentified flying objects. Most officials did not believe the sightings were extraterrestrial in origin; they were instead concerned the UFOs might be new Soviet weapons.

The Project BLUE BOOK team, according to Quintanilla, defined three main objectives for their investigations:

• To determine if UFO phenomena present a threat to the security of the US;

• To determine if UFO phenomena exhibit any technological advances which could be channeled into US research and development; and

• To explain or identify the stimuli which caused the observer to report a UFO.

Although BLUE BOOK, like previous investigative projects on the topic, did not rule out the possibility of extraterrestrial phenomena, their research and investigations focused primarily on national security implications, especially possible Soviet technological advancements.

Throughout the 1950s and 1960s, various projects, panels, and other studies were led or sponsored by the US government to research the UFO phenomenon. This includes the CIA-sponsored 1953 Scientific Advisory Panel on Unidentified Flying Objects, also known as the “Robertson Panel.” It was named after the noted physicist H.P. Robertson from the California Institute of Technology, who helped put together the distinguished panel of nonmilitary scientists to study the UFO issue.

Project BLUE BOOK also frequently consulted with outside experts, including: astrophysicists, Federal Aviation officials, pilots, the US Weather Bureau, local weather stations, academics, the National Center for Atmospheric Research, NASA, Kodak (for photo analysis), and various laboratories (for physical specimens). Even the famous astronomer Carl Sagan took part in a panel to review Project BLUE BOOK’s findings in the mid-1960s. The report from that panel concluded that “no UFO case which represented technological or scientific advances outside of a terrestrial framework” had been found, but the committee did recommend that UFOs be studied intensively to settle the issue once and for all.

The US Air Force’s Air Technical Intelligence Center (ATIC) developed questionnaires to be used when taking reports of possible UFO sightings, which were used throughout the duration of Project BLUE BOOK. The forms were used to provide the investigators enough information to determine what the unknown phenomenon most likely was. The duration of the sighting, the date, time, location, or position in the sky, weather conditions, and the manner of appearance or disappearance are essential clues for investigators evaluating reported UFO sightings.

According to Quintanilla, “a sighting is considered unidentified when a report apparently contains all the data necessary to suggest a valid hypothesis, but its description cannot be correlated with any known object or phenomenon.”

Eliminate each of the known and probable causes of UFO sightings, leaving a small portion of “unexplained” cases to focus on. By ruling out common explanations, investigators can focus on the truly mysterious cases.

Some common explanations for UFO sightings discovered by early investigations included: misidentified aircrafts (the U-2, A-12, and SR-71 flights accounted for more than half of all UFO reports from the late 1950s and most of the 1960s); celestial events; mass hysteria and hallucination; “war hysteria;” “midsummer madness;” hoaxes; publicity stunts; and the misinterpretation of known objects.

Even history can shed some light. An interesting citation found by the 1953 Robertson Panel noted that some sightings had been attributed to an older phenomenon – “Foo Fighters” – that pre-dated the modern concept of UFOs: “These were unexplained phenomena sighted by aircraft pilots during World War II in both European and Far East theaters of operation wherein ‘balls of light’ would fly near or with the aircraft and maneuver rapidly. They were believed to be electrostatic (similar to St. Elmo’s fire) or electromagnetic phenomena… but their exact cause or nature was never defined. If the term ‘flying saucers’ had been popular in 1943-1945, these objects would have been so labeled.”

Because of the significant likelihood a common (or secret military) aircraft could be mistaken for a UFO, it’s important to know the characteristics of different types of aircraft and aerial phenomenon to evaluate against each sighting. To help investigators go through the troves of reports coming in, Project BLUE BOOK developed a methodology to determine if the UFO sighting could likely be attributable to a known aircraft or aerial phenomenon. They wrote up detailed descriptions characterizing each type of aircraft or astronomical phenomenon, including how it might be mistaken for a UFO, to help investigators evaluate the incoming reports.

Any photographs, videos, or audio recordings can be immensely helpful in evaluating a reported UFO sighting.

A famous case examined by the Robertson Panel was the “Tremonton, Utah Sighting” of 1952, where a couple and two children traveling cross-country on State Highway 30 outside of Tremonton saw what appeared to be 10-12 bright shining objects moving westward in the sky in a rough formation. The husband was able to capture some of the objects on film.

The case was considered significant because of the “excellent documentary evidence in the form of Kodachrome motion picture films (about 1600 frames).” The Panel examined the film, case history, ATIC’s interpretation, and received a briefing from representatives of the USN Photo Interpretation Laboratory on their analysis of the film. The laboratory believed the objects were not birds, balloons, aircraft, or reflections, and therefore had to be “self-luminous.” The panel disagreed with the assessment that the objects were self-luminous, believing that if a controlled experiment was conducted, a terrestrial explanation for the sighting would be confirmed.

As suggested by the Robertson Panel for investigating the Tremonton, Utah sighting (mentioned in tip #7), controlled experiments might be required to try and replicate the unknown phenomena. In the Tremonton case, the Panel suggested an experiment where scientists would photograph “pillow balloons” at different distances under similar weather conditions at the site. They believed such an experiment could help dispel the “self-luminous” theory about the objects in the film. Unfortunately, in this case, the cost of conducting such an experiment made the idea unfeasible.

In the Zamora case (from the introduction), Quintanilla contends that during the course of the investigation and immediately thereafter, “everything that was humanly possible to verify was checked.” This included bringing in Geiger counters from Kirtland Air Force Base to test for radiation in the landing area and sending soil samples to the Air Force Materials Laboratory. “The soil analysis disclosed no foreign material. Radiation was normal for the ‘tracks’ and surrounding area. Laboratory analysis of the burned brush showed no chemicals that could have been propellant residue,” according to Quintanilla. “The findings were all together negative.” No known explanation could be found for the mysterious event.

The Robertson Panel found that the Air Force had “instituted a fine channel for receiving reports of nearly anything anyone sees in the sky and fails to understand.” This is a classic example of needing to separate the “signal from the noise.” If you have too many false or junk reports, it becomes increasingly difficult to find the few good ones worthy of investigation or attention.

In order to lessen the amount of false-positive reports, the Robertson Panel suggested educating the military, researchers, and even the public on how to identify objects or phenomena commonly mistaken for UFOs. For example, they recommended training enlisted, command, and research personnel on how to properly recognize unusually illuminated objects (like balloons or aircraft reflections), as well as natural phenomena (such as meteors, fireballs, mirages, or noctilucent “night” clouds). By knowing how to correctly recognize objects that were commonly mistaken for UFOs, investigators could quickly eliminate false reports and focus on identifying those sightings which remained unexplained.