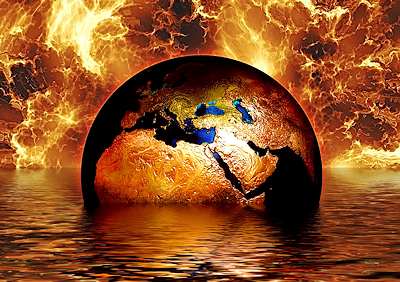 The Department of Defense is organizing itself to address the effects of climate change on the U.S. military, some of which are already being felt.

“The DoD must be able to adapt current and future operations to address the impacts of climate change in order to maintain an effective and efficient U.S. military,” according to a Pentagon directive that was issued last week. See Climate Change Adaptation and Resilience, DoD Directive 4715.21, January 14, 2016.

Among other things, the new directive requires the Under Secretary of Defense for Intelligence and the Director of National Intelligence to coordinate on “risks, potential impacts, considerations, vulnerabilities, and effects [on defense intelligence programs] of altered operating environments related to climate change and environmental monitoring.”

“The Department of Defense sees climate change as a present security threat, not strictly a long-term risk,” DoD said last year in a report to Congress.

“We are already observing the impacts of climate change in shocks and stressors to vulnerable nations and communities, including in the United States, and in the Arctic, Middle East, Africa, Asia, and South America…. Although DoD and the Combatant Commands cannot prepare for every risk and situation, the Department is beginning to include the implications of a changing climate in its frameworks for managing operational and strategic risks prudently.” See National Security Implications of Climate-Related Risks and a Changing Climate, DoD report to Congress, July 2015. […]

The Hidden Meltdown of Greenland | VIDEO