On January 20, 2016 at approximately 1:24 pm in North Atlanta, strange bb size spheres fell from the sky.

Witness states: What I thought was sleet turned out to be a clear salty hard unknown matter. I still have them and plan to send them somewhere to be tested for what in the world it is! 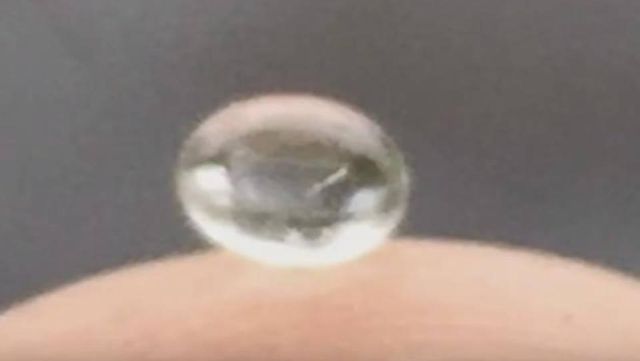 Could the atmosphere of earth have been propagated by wave frequencies just prior to one of the most historic storms in US history?

Image left: Massive wave burst extending over North and South America prior to historic storm in US.

And the strange ‘salty’ spheres have been sprayed into the atmosphere at high altitudes in order to make it snowing sooner and heavier than it might have done?

We have seen it before that Governments have the ability to cause massive floods, droughts, earthquakes and other severe weather patterns by using technologies to devastating effects – even on their own people, indeed.