Government documents related to UFOs seem to have a habit of disappearing. This time the files belonged to the Defense Intelligence Agency (DIA). 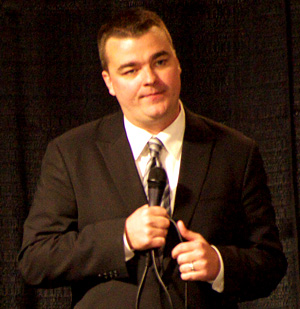 John Greenewald has been using the Freedom of Information Act (FOIA) to get formerly classified documents from the government to post online for decades. He began his efforts while in high school in the 1990s and continues his efforts to this day.

He was inspired to seek these documents when he heard of UFO files showing the U.S. government was interested in a UFO incident in Iran that took place in 1976, although the government claims they no longer have any interest in UFOs since they closed their official UFO investigation, Project Blue Book, in 1969. He requested the document through a FOIA request and, to his surprise and delight, received it.

Greenewald was so fascinated by the file, and the process of retrieving it, that it spawned what has become a lifelong effort to retrieve formally classified files and post them on the internet. At his website, TheBlackVault.com, Greenewald now has over 1.3 million formerly classified pages of documents.

In 1996, in a response to a FOIA request, Greenewald received nearly 250 files from the Defense Intelligence Agency regarding UFOs. Supposedly, everything they had on the topic. However, several of the files were heavily redacted, meaning that there were portions that were blacked out, presumably, because those portions regard information that is still considered classified. 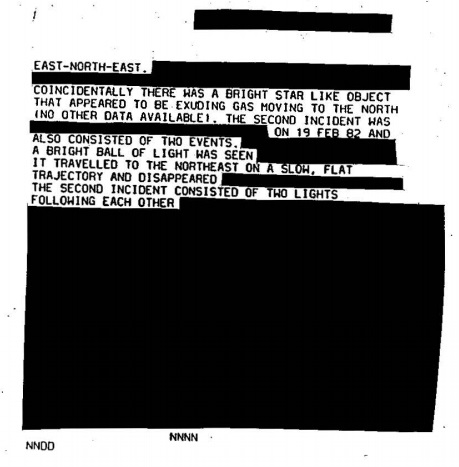 Occasionally, Greenewald requests that these files undergo a Mandatory Declassification Review (MDR). When requested, the government is supposed to review the previously declassified document to determine if redacted material can be unredacted, due to the information that had previously been blacked out having since been declassified.

It was an MDR of a classified document about spy planes that allowed the term Area 51 to be unredacted, thus making the existence of the super secret Area 51 base official. Of course, the base had already been famous in UFO circles and pop-culture.

In 2014, Greenewald requested an MDR for the DIA documents he had obtained in 1996. In his request, Greenewald included links to download the files he had received from the DIA which he now wanted reviewed.

Months later, in mid-2015, Greenewald received a reply that the links he had provided did not work, so the case would be suspended. The responses by the DIA are actually a bit confusing, but it appears once Greenewald’s link could be accessed the files he was requesting were not found.

The DIA wrote, “it appears the FOIA case files have been purged from the FOIA database.”

The DIA asked that Greenewald provide the specific names of the files for them to “move forward in conducting a review.”

Confused by the request, given that the file names are on the files themselves, Greenewald asked for clarification.

He was told “The related FOIA case has been purged, the documents could not be identified and/or located.”

The DIA officer reiterated, “we would need the titles in order to conduct a good faith effort for our search.”

The DIA UFO Files on TheBlackVault.com.

Frustrated, via social media, Greenewald wrote me, “The letter states that despite me GIVING them the documents, they can’t find them, and want exact titles.”

He translates the term “good faith effort” to mean they will make another effort, but they already had that information and could not find them, so the search is useless. Without the original non-redacted files, the DIA will not be able to conduct a MDR, and whatever information that was in those files that was blacked out is – officially – lost forever.

This isn’t the first time this has happened to Greenewald. In 2014, Greenewald requested a MDR for the National Security Agency’s (NSA) UFO files. Their files were part of a high profile court case.

In the late 70s, the Citizens Against UFO Secrecy (CAUS), headed by lawyer Peter Gersten, sought to get UFO files from several government agencies via a FOIA request. The NSA refused to release their files, so CAUS sued.

The NSA had a large amount of UFO files, not necessarily because they were investigating UFOs, but because they monitor communications worldwide as part of their regular duties. These files are called communications intelligence (COMINT). Among this large amount of data, there were hundreds of files referring to UFOs. However, the NSA felt they should remain classified.

In 1980, Eugene F. Yeates, chief of the Office of Policy for the NSA, submitted a 21 page document to the judge overseeing the case, Federal Judge Gerhart A. Gesell, as to why these files should remain classified. This document is often referred to as the “Yeates affidavit.” This document was also classified.

Although Gesell did not have the clearance to read the documents in question, the Yeates affidavit convinced him that the NSA files should stay classified. He wrote, “The public interest in disclosure is far outweighed by the sensitive nature of the materials and the obvious effect on national security their release may well entail.”

When the Yeates affidavit was released, it was heavily redacted. UFO researcher Stanton Friedman shows a page from the document to demonstrate government UFO secrecy, and as he says, this goes over well on television where a simple image can be very effective when making a point. 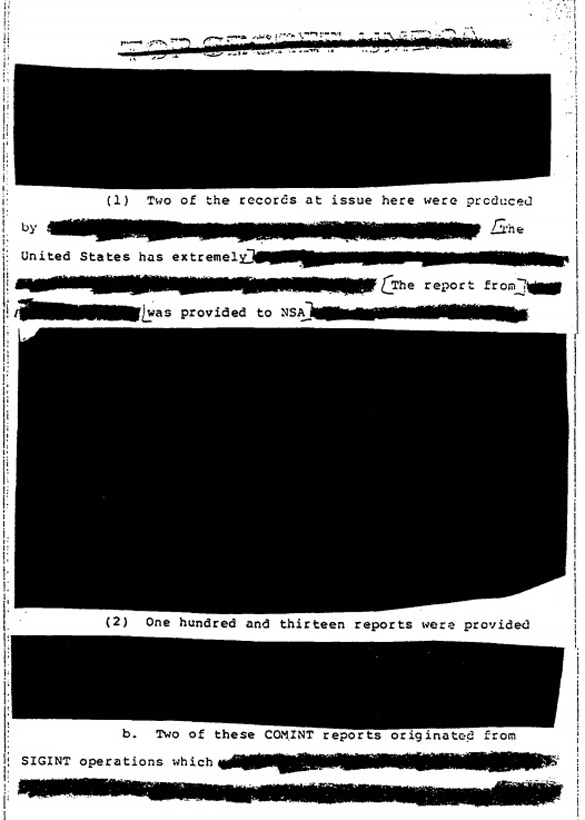 A heavily redacted page from the Yeates affidavit. (Credit: NSA)

Eventually, in 1997, due to laws making it more difficult to keep files over 25 years old classified, the NSA released a less redacted Yeates affidavit and 156 UFO documents. As Friedman explains it, the affidavit was originally about 75% blacked out, the second version was only about 20% blacked out. However, the UFO documents are heavily redacted.

The NSA might have seen Friedman’s talks or television interviews, because instead of mostly blacking out the text, this time they largely whited it out, making it much less visually poignant. 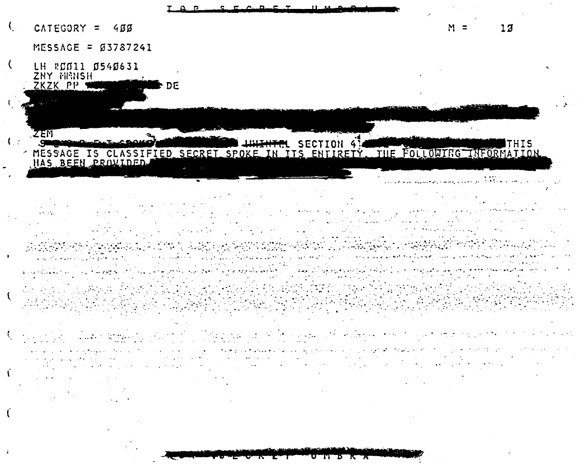 As you can see from the image above, there is very little information available in the COMINT UFO documents. Although a bit more information has been unredacted from the Yeates affidavit, the unredacted COMINT reports are more important for UFO researchers.

However, in response to his 2014 MDR for the NSA UFO files, he was told the unredacted files were lost.

Greenewald writes, “NSA said they only have the redacted [files], and ‘lost’ the originals… as you can see — DIA is using the same excuse, with the safety note they will try again… asking me for stuff they already have.”

The question is, were the files actually “lost,” or, like in the recent premiere episode of the new X-Files mini-series, were the files spirited away by some other secret, nefarious third party? Stay tuned.

John Greenewald will be presenting on these files and more government UFO secrets at the 2016 International UFO Congress. You can find out more about his talk here.