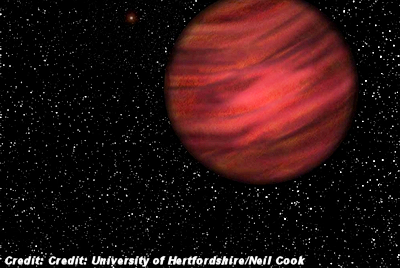 Gas-giant exoplanet orbits 600 billion miles from its host star,
175 times farther than Pluto is from the sun

Astronomers have found the parent star for a gas-giant exoplanet named 2MASS J2126, which was previously thought to be a “rogue” world flying freely through space. The planet and its star are separated by about 7,000 astronomical units (AU), meaning the alien world completes one orbit every 900,000 years or so, researchers said. (One AU is the average distance from Earth to the sun—about 93 million miles, or 150 million km). […]

Could ‘Planet X’ Still be Lurking Out There?