A California witness at Granada Hills reported watching a silent, cylinder-shaped UFO with no markings or windows, according to testimony in Case 74078 from the Mutual UFO Network (MUFON) witness reporting database. 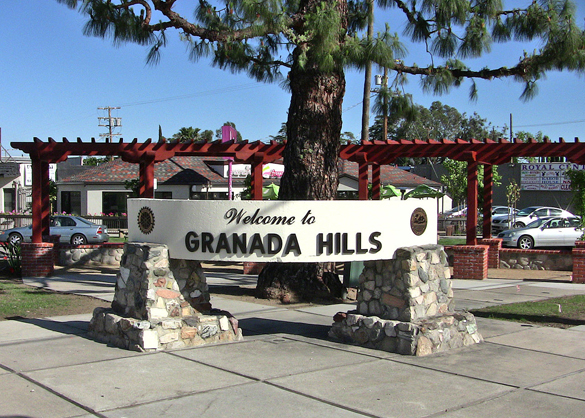 The witness could not see windows or markings on the cylinder-shaped object. Pictured: Granada Hills, CA. (Credit: Wikimedia Commons)

The witness stepped outside to smoke a cigarette about 2:10 p.m. on January 19, 2016, and saw a white, reflective object floating in the sky toward the east.

“The reason why I say float is because it did not waver, shutter and had no noise – the strangest thing I ever saw,” the witness stated.“The day was so clear, sunny, no wind. As soon as I saw the object I knew it was not man-made, no windows, no markings no wings and was floating lower than the personal planes that come in on the flight path overhead.”

The witness lives near the flight path to Van Nuys Airport.

“I tried to take a picture with my cell phone but nothing came of it. It would have been great too because there was a personal jet that was coming in a few feet of the object.” 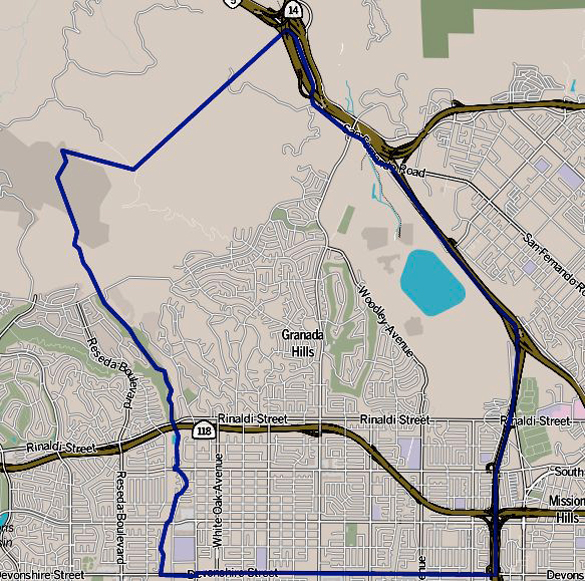 The object made no sound as it moved along lower than the normal flight path of small planes. Pictured: Granada Hills, CA. (Credit: Wikimedia Commons)

“The object looked like an oversized transformer, the kind that you see on telephone poles, although it seemed to have a ‘cinch’ in the middle. If I didn’t look to the east as I was entering the backyard, I probably would never have known it was there.”

The object was floating from the east to the northwest.

“As soon as I saw the object I was dumb founded. I couldn’t understand what it might be. I also was mesmerized because I didn’t know what it was. I guess also I was waiting for something fun or entertaining to happen like the object shooting straight up into the sky, but nothing like that, just boldly floating along as if it is something that happens everyday. As if to say, yes I’m here, you caught me. I’m just going to go about my business anyway.” 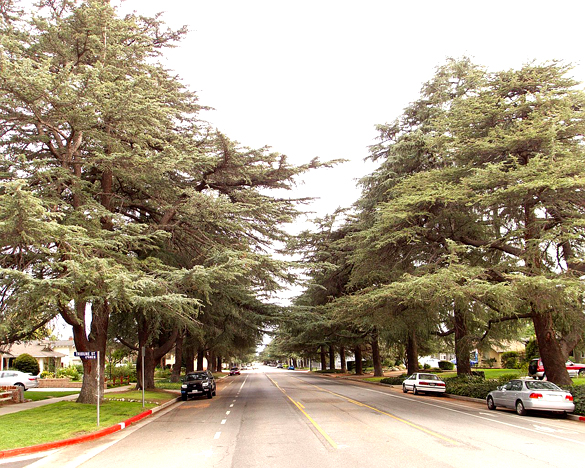 The object was moving from the east to the northwest. Pictured: Granada Hills, CA. (Credit: Wikimedia Commons)

The object continued to move away.

“The object just kept on a path I guess to wherever it needed to go. I stopped watching after it became a tiny spot in the distance.”

Granada Hills is a lightly populated, suburban residential community in the San Fernando Valley portion of the city of Los Angeles. MUFON California State Section Director Denice Marcel is investigating this case that was reported on January 25, 2016. No images or videos were included with the report. Please remember that most UFO sightings can be explained as something natural or man-made. The above quotes were edited for clarity. Please report UFO activity to MUFON.com.