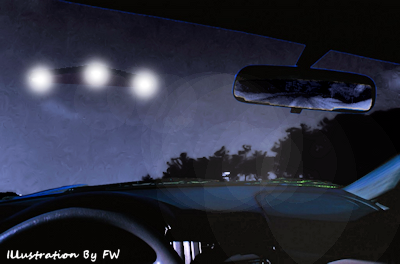 A Tennessee witness at Nolensville reported watching a triangle-shaped UFO hovering over a nearby quarry about 7:30 p.m. on January 19, 2016, according to testimony in Case 73987 from the Mutual UFO Network (MUFON) witness reporting database.

The witness was driving home and noticed what at first was thought to be a helicopter with search lights over a quarry.

“The low stationary lights over the quarry is what I noticed,” the witness stated,“and then the triangular light pattern on the bottom as I passed by it.”

The witness also wondered if the object might be a plane.

“The lights initially made me believe it might be a plane as there are flight paths here. But this was very low for a plane, and when I saw it wasn’t moving, I pulled off the road to see what it was.”

The witness noticed that the object was in a hovering position.

“The object was initially stationary over a small rock quarry. It then started to move in a northeast direction, not very quickly. It was moving at a very slow pace for an aircraft. The craft was just above the tree line and electrical lines.”