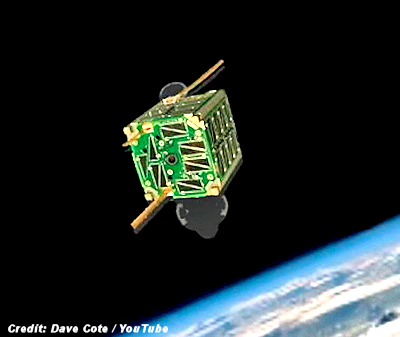 “We have former astronauts, military personnel, police officers and the former defense minister of Canada come forward stating that extraterrestrial UFOs are real … How can this be ignored and brushed off as nonsense?”

It seems like every day, a video or image emerges that appears to show a UFO near the International Space Station. And it generally — OK, always — turns out not to be a UFO. It’s normally space debris, light reflections from the station windows, an antenna attached to the station, etc.

But wouldn’t it be interesting if someone actually launched a satellite into Earth orbit (illustrated above), with the specific mission of trying to detect and prove unknown objects are actually out there?

Get ready for CubeSat for Disclosure, a team of researchers brought together by software engineer Dave Cote, who have a common purpose in launching their own satellite: To find and verify a real extraterrestrial craft.

UFO Detector: There’s An App for That!