As advancements in science and technology continue to develop in our lives, a profound shift is on the horizon. We now live in a world where college students are implanting RDIF chips into their hands. The level of concern in the church is profoundly lacking.

You’ve heard of the mark of the beast and that it will be a mark in the right hand or forehead, this is in religious texts such as the bible. 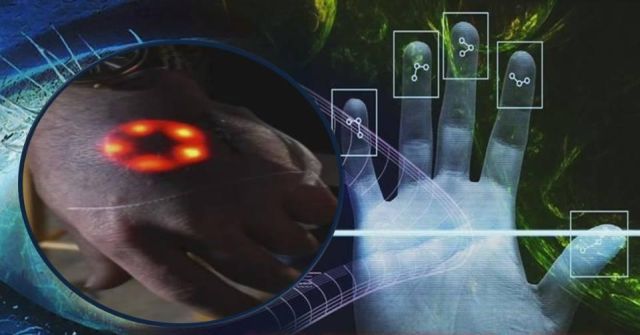 The message is clear, and now we see the chip that is being tested and being implanted in to test subjects in the right hand! Watch the video and see how the new chips have a 5 pointed pentagram, surely not a coincidence either. It is the mark of the beast and it isn’t even subtle!

What I think is that with all the attacks around the world like what we see now on a daily basis that the higher powers will say this chip is the key to sustaining security, being able to monitor and track everyone for the good of humanity.

Not sure if it will be essential that everyone must have it, but that won’t surprise me either. Initially I think it will be given as an option to every person.

A lot of the younger generation especially brought in to this world with technology and with no clue of the words of the bible will jump straight in and have the implant. The older generation and people who are well researched will shy away from it, but a proportion of these two groups will then fall in to the trap too and think that all is ok, there isn’t anything to worry about…….wrong!

I think the Pope will still be an influential figure in the rollout of this chip. He is getting himself involved in the latest technological and scientific projects as well as moving away from the teachings of the bible it seems.

CNET: The Pope seems to be turning his focus on Silicon Valley’s major tech players. He spent about 15 minutes in a private meeting with Tim Cook on 22 January, 2016 a week before that he had met former Google chief executive Eric Schmidt. Mr. Schmidt is now executive chairman of Alphabet, the parent company of Google.

What concerns me is that eventually anyone that has the chip can be monitored and even programmed.

Who knows what these chips are capable of!

Mind control making people turn against each other, fulfilling roles for other people in power, carrying out tasks, even having the power to kill people at will.

Maybe these chips can be hacked and viruses implanted which can control the masses for an agenda. It’s all too scary to think about but the possibilities are there!

They say it could be part of the beast system what will it do to the people that have the chip?

Will it have the potential to remove the soul? Will this be the test to show whether we turn against God and choose to sacrifice, fighting against evil and giving up our souls?