A guest camera in the Australian Weathercam Network, owned and operated by North Brisbane Data Recovery captured a rare phenomenon, what looks like a spherical object surrounded by clouds, in the sky over Brisbane, Australia on February 29, 2016. 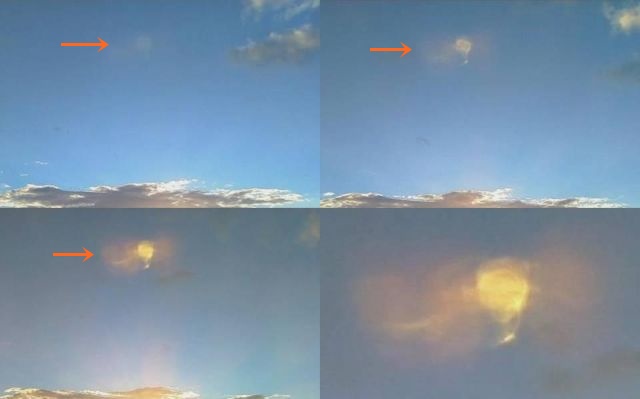 At first glance it looks like it just cloud forming or a reflection of the sun or camera, but as the phenomenon appears out of nowhere and turns slowly into a circular shape we may wonder whether it is cloud forming/reflection or it is something like a second sun, an ‘invisible’ planet or a decloaking object?