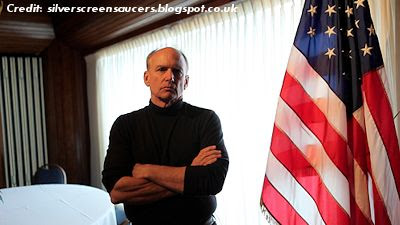 He read aloud some of the questions I’d sent: “Which presidents have asked about UFOs? Does the president have the security clearance to know about UFOs? What happens if extraterrestrials show up?” He alternated between chuckles and exasperated sighs. “Which office handles UFOs? Dude, really? I don’t know how to—we don’t have that.” He trailed off laughing. “I don’t know how to answer these questions, man.”

Most people in Washington don’t know how to answer those questions—or at least say they don’t. But Stephen Bassett, America’s only registered lobbyist on UFO and extraterrestrial issues, is convinced that the government has this information and it’s only a matter of time before the president “announces to the American people that we’re not alone.” This much-anticipated mind-blowing moment, known among some UFO enthusiasts as the “disclosure,” will officially confirm that “there are extraterrestrials, not only elsewhere, but engaging us now.” […]

In Praise of Stephen Bassett and the Citizen Hearing on Disclosure

Mother Jones Bobbled the Ball in its ‘ETs for Hillary’ Piece