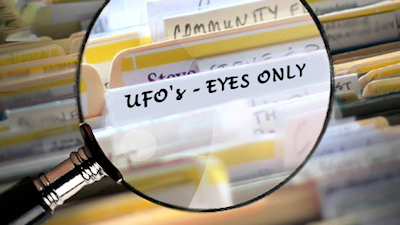 Pushing for a game change

And yet, this week, HRC’s campaign manager went and did it again. Little green men, space aliens, beam me up – Podesta didn’t say any of those things but that’s the funhouse door he opened when he went on record, once more, about bringing transparency to federal UFO records. Granted, he gave the interview to KLAS-TV in Las Vegas, where George Knapp is the only investigative mainstream broadcast reporter in America who’s got their *#@! together when it comes to covering The Great Taboo. And Podesta took responsibility/blame for the remarks Clinton made in December about wanting to “get to the bottom” of the UFO mystery

“I think I’ve convinced her,” Podesta said in an interview that aired Tuesday, “that we need an effort to kind of go look at that and to declassify as much as we can so that more people can have their legitimate questions answered. And more attention and more discussion about unexplained aerial phenomena can happen without people who are in public life, who are serious about this, being ridiculed.”

Podesta’s UFO offensive is so unprecedented and counterintuitive that De Void can’t even come up with an analogy. There’s no demographic constituency here, no political capital, certainly no way to monetize this elephant in the room. The only parallel that comes to mind is hypothetical, like if, say, Walter Mondale had campaigned for legalized weed in 1984 against Mr. Morning in America. But even weed had a libertarian constituency during the notorious prison-swelling Just Say No era. And the last time De Void bothered to look, the free-marketplace-of-ideas Cato Institute ran like a firehosed monkey when confronted with the prospect of treating UFOs as a legitimate political issue.

The dialogue Podesta advocates is so revolutionary, in fact, its realization might even challenge the anthropocentric conceits we use to define ourselves. In the groundbreaking 2008 Political Theory journal essay “Sovereignty and the UFO,” Alexander Wendt and Raymond Duvall argue that such a sober reassessment could prove more subversive than anyone predicts.

“The ontological threat is that even if the ETs were benign, their confirmed presence would create tremendous pressure for a unified human response, or world government,” they write. “The sovereign identity of the modern state is partly constituted in and through its difference from other such states, which gives modern sovereignty its plural character. Any exteriority that required subsuming this difference into a global sovereignty would threaten what the modern state is, quite apart from the risk of physical destruction.”

Well now, there’s an image. And a remote one, at this point. On the other hand, maybe Podesta understands more about our capacity to manage new ideas than we’ve been allowed to demonstrate. Maybe smearing someone as a “UFO believer” doesn’t reap the same dividends it used to; curiously, no one has tried to weaponize Podesta’s agenda against HRC. At least, not yet. Which is weird, because that’s the obvious play here. Maybe the GOP is too busy fussing over the size of Donald Trump’s schlong to unleash the Little Green Men noise right now.

Either way, a veteran political strategist has given the press a license to ask questions without fear of stigma. But whether the media has the smarts for it – that’s like giving a cigarette lighter to a 7-year-old and telling him to act responsibly.