Join Dark Journalist as he welcomes back Former Assistant Housing Secretary Catherine Austin Fitts for Part 1 of their mind blowing examination of the intense secrecy surrounding the futuristic UFO Economy and Black Budget totalitarian domination over all activities in Space. 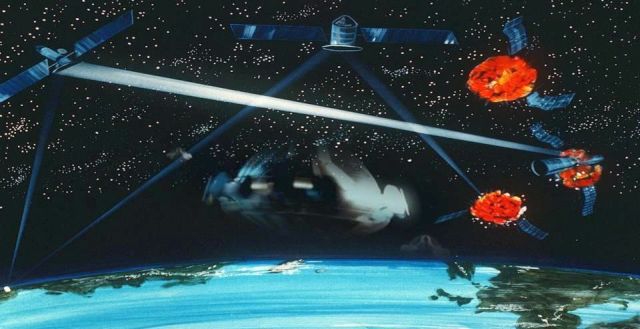 Drawing on her rich career in top positions in Washington and on Wall Street, Catherine carefully unravels the layers of deceit and misdirection inherent in the covert Deep State system of using public resources for developing new economic opportunities in space for the benefit of private elite corporate interests.

She sees the real danger on planet Earth today of super advanced technology being in the hands of a small, unaccountable group of privileged insiders that consider themselves so above the law that they can kill with impunity whenever their greedy interests are threatened.

She traces the Secret Space Program from a historical perspective to the National Security Act of 1947 where enormous resources were handed over to covert operators to develop a Secret System of Finance.

This eventually created the CIA and a select group that were in charge of advanced UFO technology, completely hidden from the public.

By the time JFK came into office ready to challenge this shadow government and make the space program the centerpiece of his administration, the civil war between the Deep State and the public state was in full force.

After JFK was assassinated, the space program was eventually split into two aspects. One was a faltering, de-funded, accident prone parody of the original NASA that had put a man on the moon, and the other was a super-advanced, black budget funded, covert space marvel that helped develop a Breakaway Civilization for dominance in space using diverted public funds.

The true mystery of this covert program is that it was likely developed not only to control life and resources on Earth, but also to confront an off-world UFO civilization that had been observed dominating our skies since 1947.

Recently Former Soviet Leader Mikhail Gorbachev confirmed that President Reagan had asked him for assistance in dealing with a UFO space threat.

The split of the space program into two parts, one overt and the other covert, created a schizophrenic situation between the official reality and the hidden truth that is becoming more and more difficult to conceal as public awareness grows and the choke-hold of corporate interests and the National Security State are exposed.

It now appears the entire dysfunctional economy of the globe is being organized to cope with the presence of off-world visitors and for a tiny group of elites to monopolize space resources and colonize selected planets while dominating the population with AI, Robotics, Invasive Satellites, Drones and GPS Tracking Advanced Technology.

Can this small group of insiders that control the corporate media be stopped by rising awareness of their pernicious activities before they develop the final phase of the UFO Economy and plunge the world into a soulless, totalitarian artificial intelligence nightmare?