Witness states: My wife and myself were in the basement of our house in Stensele, Sweden on December 27, 2015 when our youngest son cried out that he saw something strange in the sky.

I had just bought a new camera and had placed the camera on a tripod in our bedroom. I zoomed in onto the object and took a number of pictures through an open window. 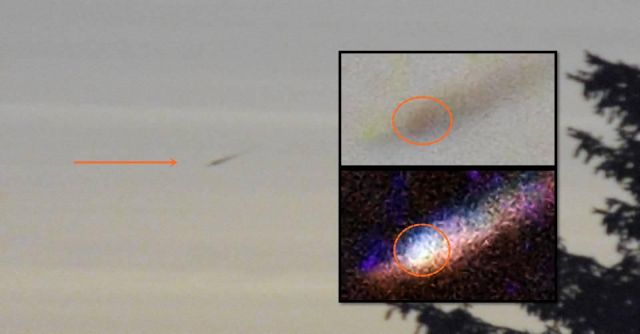 The object entered from a great height, next the object is slowing down and changes direction from west to south.

I have never seen an airplane dives into the 45 degree angle, slows down and changes direction in this way before. I judge the size of the object is much larger than a regular aircraft.

Two pictures (out of five pictures) show the direction in which the object appeared and disappeared.

Five people witnessed the event and I can say without hesitation this object is definitely not an airplane.  Mufon case 75104.
Image of the Sphere: Enlarged/Enhanced. 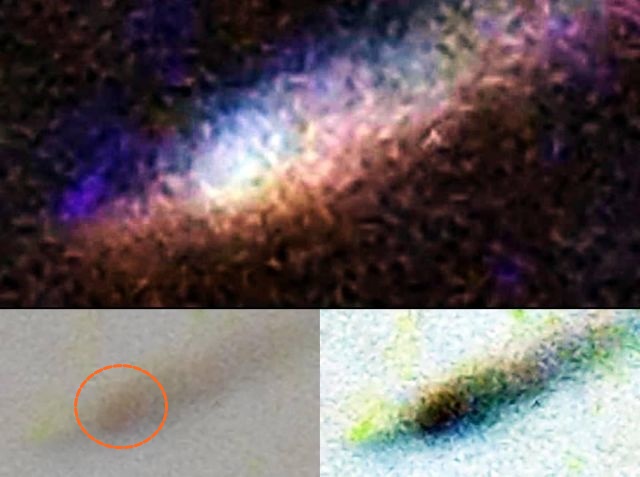