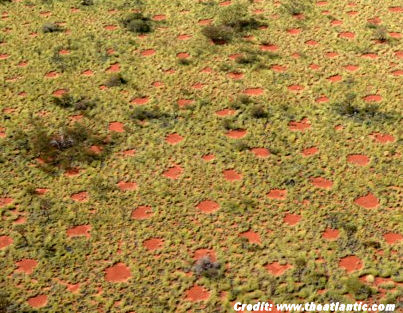 These disks of bare soil are called “fairy circles,” and they’re not unique to Australia—they also exist 6,000 miles away in Namibia. There, the circles number in the millions, and extend over some 1,500 miles of desert. They comprise different grasses but their patterns are the same: low-lying vegetation freckled by circles of empty soil. They almost seem alive, growing and shrinking with a lifespan of 30 to 60 years.

Local people believe them to be the work (or footprints) of deities and spirits. Scientists have tried to come up with more grounded explanations since they first started writing about the circles in the 1920s. […]

Recent Finding of ‘Star Jelly’ By Hikers, Reveals Reports Going Back for Centuries

UFO and ‘Little People’ on Ground