Dozens of people have reported seeing a green fireball in the night sky over the UK. The bright fireball was spotted across London, Sussex, Hampshire and in Berkshire at around 3.15am on March 17, 2016. 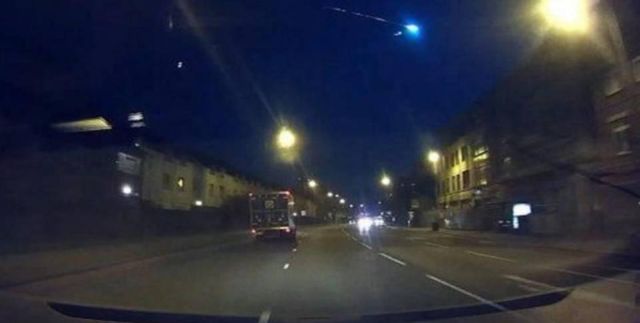 DJ Paul Gilbert captured the moment, which happened shortly after 3 a.m. local time on a dashcam as he was driving through Battersea in London.

And the fireball was captured on film above Church Crookham station in northeast Hampshire by the UK Meteor Observation Network. The network said it was one of the biggest sightings recorded.