A traffic surveillance camera in China captured a strange and bizarre event on March 18, 2016.

Cars and a motorcyclist are waiting for the traffic lights when suddenly a bright flash of light appears followed up with a streak of light. 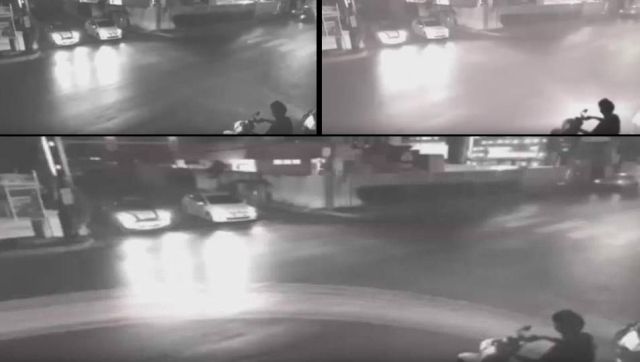 The motorcyclist seems to have seen something, since he immediately looks in the direction to which the light disappeared. Another person points to the same direction.

The camera captured a teleportation or something supernatural that blazes through the streets or there is a logical explanation for this phenomenon?

See the flash and streak of light at about 0.43 minutes and in slow motion at about 1.58 minutes in the video.