A Costa Rica witness at Cartago reported watching and photographing a saucer-shaped UFO near the Irazú Volcano National Park, according to testimony in Case 74756 from the Mutual UFO Network (MUFON) witness reporting database. 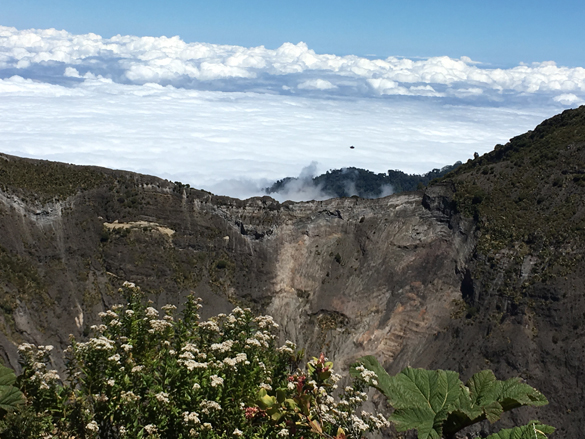 The witness was outside in the park area with a girlfriend in good weather with sunlight and no clouds when the incident occurred at 11:06 a.m. on February 24, 2016.

“This volcano is 3,400 meters of altitude above sea level (11,260 feet) close to the biosphere, so we were above the clouds,” the witness stated.“Like when you fly on an airplane, the sky was really clear so at 11 a.m. on that altitude part of the sky was light black.”

The witness was taking pictures of the volcano and the landscape.

“The clouds looked like a white sea, but I noticed close to one of the mountains some clouds with different forms, so I started to take pictures there.” 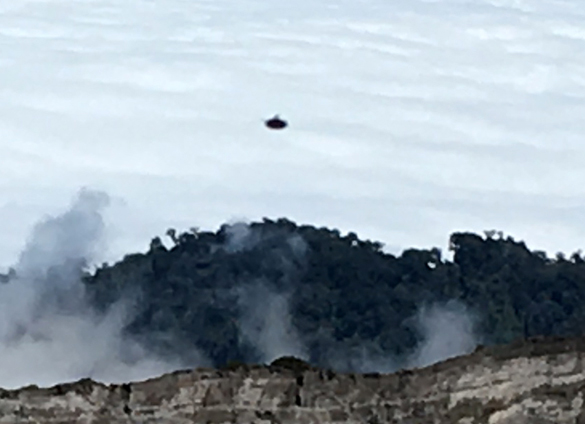 The witness then finished the tour and began to head home.

“While I was checking the pictures, I noticed one black circle above the mountains I noticed before. It looked like a circular saucer with two little antennas – one on the top of it and like one on its tail. On the moment while taking the pictures, I did not see it. I took the pictures in a burst. On one picture you can see the object completely clear. On the next one it vanished – almost in seconds. All the pictures have less than one-minute difference. I will attach the pictures guys. Thanks for your time. Greetings from Costa Rica.”

The witness included three images with the report, which was filed on February 5, 2016. MUFON SAT Group Director Chase Kloetzke is investigating. 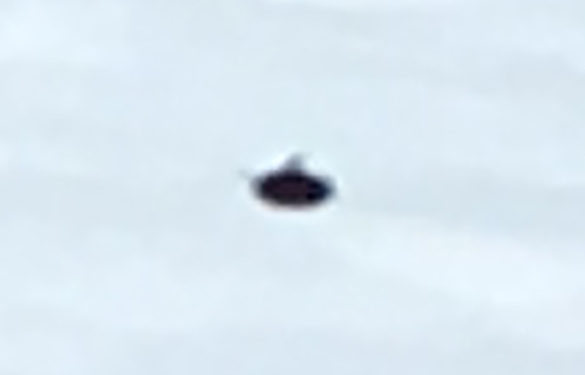 Irazú Volcano National Park is a national park in the Central Volcanic Conservation Area of Costa Rica that encompasses the area around the Irazú Volcano inCartago Province which incorporates what used to be the Ruben Torres Rojas Forest Reserve now called the Prusia Forest Reserve. The volcano is still active although the last major eruptions were between 1963 and 1965, with occasional minor eruptions and some small lava flows since that time.