The latest images from Helioviewer show a mysterious object behind the Sun.

Is this proof of a hidden planet or a Nemesis-like star behind the Sun?

It seems impossible and the first image may be just a camera malfunction, but imagine the object behind the sun is a real planet with the same mass as planet Earth and the same distance from the Sun and has the same orbit speed as Earth, like a ‘Counter Earth’. 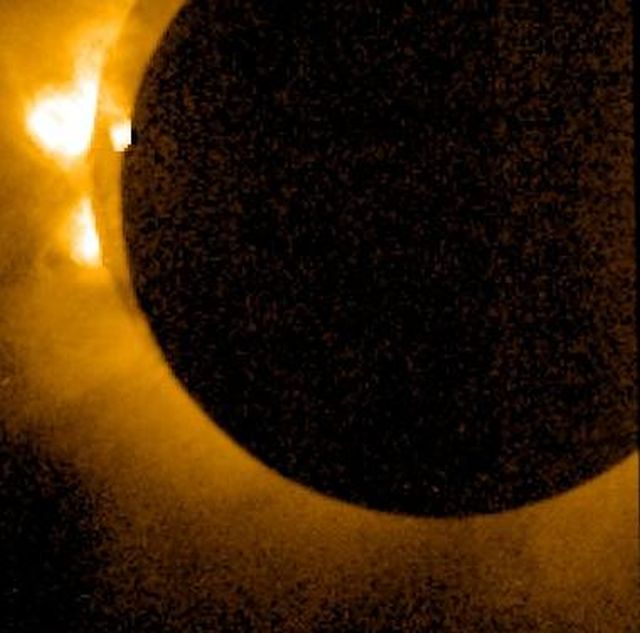 The Counter-Earth is a hypothetical body of the Solar system.

I refer to an ancient Greek wiseman called Philolaus (470 – 385 BC) – who called the planet ‘Counter Earth’ and hypothesized that all objects in the universe revolve around an unseen ‘Central Fire’ (distinct from the Sun which also revolves around it).

The Helioviewer gave us a glimpse of something that we were not allowed to see? It is noteworthy that the US Air Force has funded research into the existence of a ‘Counter Earth’.