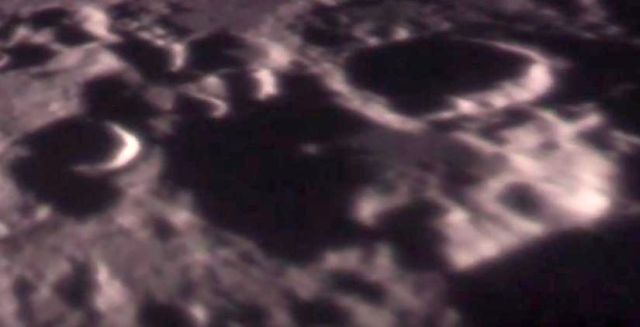 The secret Moon Base is universally known in the security establishment and its existence is considered top secret.

It was established on the dark side of the moon by persons unknown and the date of its construction is equally ambiguous.

Image left: A classified photo from Apollo 10 clearly shows the existence of the secret base on the dark side of the moon.

But probably there are more alien or man-made bases on the Moon.

John Lenard Walson made a footage of the Moon (Part of the Moon that always faces the Earth) taken from his back yard with a 8 inch telescope.

In John Lenard Walson’s footage you clearly see buildings and other artificial structures.