Something did hit Jupiter and the burst off the planet’s surface is pretty impressive!

John Mckeon captured the moment a large unknown object slammed into the ‘right side’ of the planet Jupiter on March 17, 2016. 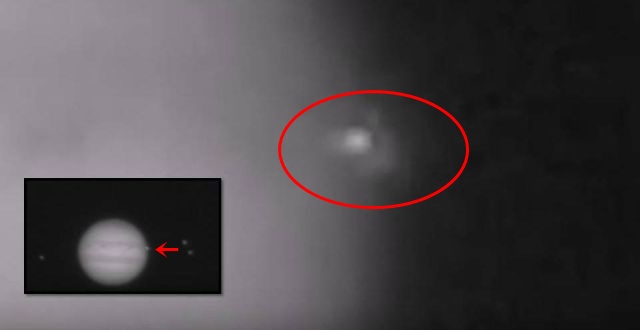 John made a time-lapse, using an 11″ SCT with an ASI120mm camera and Ir-pass 742nm filter, of processed images leading to the impact on Jupiter.

It isn’t known whether the object was an asteroid, a comet or a celestial object of unknown origin.