A black hole-hunting Japanese satellite that disappeared last week has mysteriously surfaced again and made contact with ground control. The satellite was later found to have smashed apart into five separate pieces.

Japanese space agency JAXA lost contact with the Hitomi space probe on March 26, 2016, when the satellite was due to start operations. 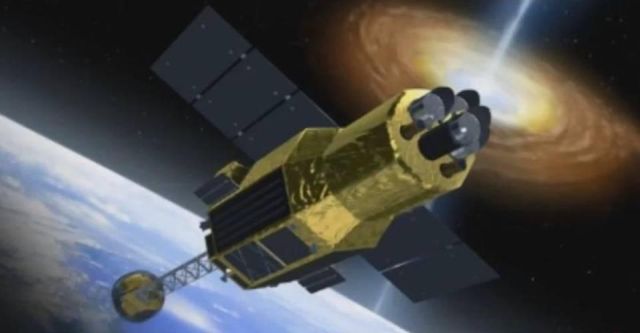 The spacecraft, some of the spacecraft’s instruments were provided by NASA, the European Space Agency and the Canadian Space Agency, was later found to have smashed apart into five separate pieces, though the U.S. Air Force has found no evidence that the satellite was struck by debris.

The satellite later managed to send a few odd, new messages though these haven’t helped the ground crew to unravel the mystery of what happened.

Before the launch, Japan described the satellite as “essential” to solving the key mysteries of the universe, such as the nature of black holes and the evolution of galaxies.

Since the Hitomi mission represents a major leap forward in terms of x-ray spectroscopy, essential to solving the key mysteries of the universe, we may wonder whether an extraterrestrial race has disabled the satellite because they do not want the human race uncover the secret of the universe.

Meanwhile, JAXA continues to investigate the anomaly but has not speculated on the cause of the malfunction.