Last week, in an appearance on the Jimmy Kimmel Live show, Jimmy asked presidential candidate Hillary Clinton about the UFO files and what if there is something there.

Hillary said that she pledges to dig into UO files again and if there is something there, unless it’s a threat to national security, she will share it with the public. 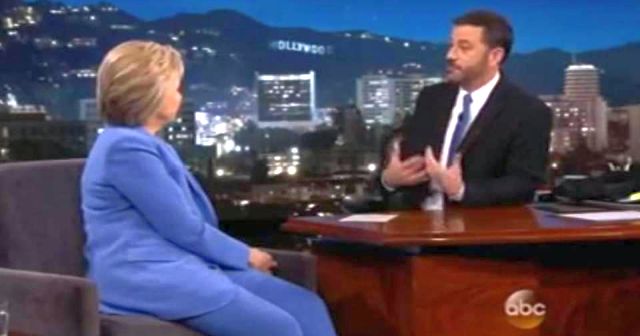 About recent developments in UFO research, Hillary said that there is a new name for UFOs, now it is ‘Unexplained Aerial Phenomenon’ (UAP)

But what if Hillary becomes the next president and she demands to be briefed and given all information and files on the UFO/UAP subject, and suppose she finds evidence of the UFO/UAP phenomenon, you think she will share it with the public?

Remember, President Harry S. Truman in late 1947, when he and a handful of others made the decision that the American people can never be told the truth on the subject of UFO/UAP, besides, as with every newly elected President she will be required to sign a NDA (non-disclosure agreement) before she is given any Presidential briefings, which would include the subject of UFO/UAP.

So, as happened with the previous presidents, also her hands would be tied from the very start.